www.nytimes.com › COLLECTIONS › GUATEMALA CITY‎
Apr 12, 1997 - In periodic newsletters, the veteran, John H. Wetterer, would regale them with ... His activities in Guatemala were beyond their reach, but, ...

books.google.com/books?isbn=0981024696
W. E. Gutman - 2008 - ‎Biography & Autobiography
Motions for an appeal to re-indict John Wetterer on the original charges were filed ... allege that Wetterer is being protected by powerful allies within Guatemala.

At that time, Wetterer was a fugitive from criminal charges in the United States.

One Wetterer's supporters was Mary Tyre.

Manuel, a 17-year-old who had once stayed at Mi Casa, went to stay with Mary Tyre in Miami.
Manuel reported to Mary Tyre that he had been sexually abused by Wetterer.

The President of Guatemala at a Mi Casa linked function.


Wetterer rallied certain Guatemalans to his defense.
When his board members attempted to conduct an independent investigation of the charges, Wetterer replaced them with a new American board, based in Texas.

A Thousand Points of Blight (January 8, 1991)
Allegedly, the Shoeshine Boys was a pedophile ring serving the American military.

John Wetterer moved to Guatemala, where he set up Mi Casa, a program for homeless boys.

Macauley then set up a charity called Friends of Children which helped to fund Mi Casa.
In 1988 John Wetterer was accused by 60 Minutes of sexually abusing a number of boys.

Eventually, Wetterer was indicted for fraudulently soliciting money to support his sexual abuse of children.
A Thousand Points of Blight (January 8, 1991)

Wetterer, however, remained in Guatemala and could not be extradited.

Wetterer thus did not stand trial in the U.S. and was never convicted.

Esther Rantzen (formerly of the BBC and now with Childline) and child abuser Jimmy Savile
A number of charities seem to be linked to controversial people.

Twelfth Bough has written in detail about Guatemala and human trafficking: 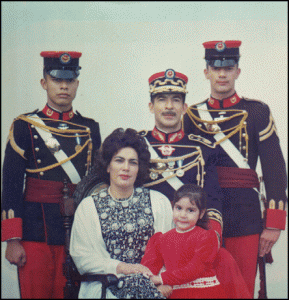 According to Twelfth Bough:

Rios-Montt is the wholesale butcher of Mayan indians and the poor of his country, a proud graduate of the US "School of the Americas".

This is the same Rios-Montt mentioned in my post, the particular contribution. A Wayne Madsen report linked him to certain US politicians.
Republican Rep. Jerry Weller of Illinois, who is married to the daughter of Guatemalan ex-dictator (and fundamentalist Christian) Gen. Efrain Rios Montt, is rumored to have conducted an illicit affair with a 16-year old female page...

Niall Corbet
Down in Guatemala, Rios Montt’s brother, a Catholic bishop, was conveniently tasked with getting to the bottom of that terrible genocide against the Guatemalan people....
At the same time that the Catholic Church set his brother in place as a bishop overseeing the cover-up, Rios Montt became an ordained minister of an authoritarian evangelical church...

By the end of 1982 reactionary Protestants had succeeded in recruiting 22 percent of the population to their theology of blind obedience and anti-communism...

These evangelical organizations organized a lot of volunteers, aid, and programs for Guatemalan children...

These evangelical groups have the hallmarks of state-sponsored covert genocide:

The markers of ‘quiet’ and covert genocide are:

1. Isolation of the target group’s children in separate schools, and orphanages in general.

The things done in Guatemala absolutely qualify as satanic.

"Small children were smashed against rocks or bayoneted to death..."

And sure enough, who was down there helping out but the Israelis.

The history of Israel’s relations with Guatemala roughly parallels that of its ties with El Salvador...
Israel not only provided the technology necessary for a reign of terror, it helped in the organization and commission of the horrors perpetrated by the Guatemalan military and police...

Basically, Israel exported everything they have been perfecting on the Palestinians into Guatemala, with the ongoing assistance of various elements in the US government, religious organizations, and corporations, and sustained over a period of decades.

How does one call it anything but satanic?
Guatemala and human trafficking

Apparently, the CIA and Mossad have worked out that most of the fundamentalist Christians are secretly pedophiles and are easy to brainwash and control.

Zoompad said...
OFF TOPIC BUT IMPORTANT

Get this downloaded, they are removing it all as fast as they can now they know theyve been rumbled

Anonymous said...
Zoompad, please, you need to explain things clearly from the start for newcomers.

So the UK government is tasking a USA owned, France based private corporation called Atos to screen disabled persons so they can deny them help, and they are targeting your daughter too ?

Andrew Llewellyn is giving excellent advice for people fighting the sadistic and shameless state bureaucracy in his comments at your precious site.

And Ganesh, grandson of a post-colonial minister, is a volunteer of WhatDoTheyKnow, supposedly a charity working to expose the state's pedophile Mafia, but working against you ?

What is being removed, what should we save ?

The title Atos and Ganesh sounds like an episode from a religious war of the gods myth epic from India.
2:35 AM

Anonymous said...
Barbara Grady, writing in 2008 for the Oakland Tribune, sees rampant and open child prostitution in the USA as just a problem of "economic rules" "market" and "basic supply and demand" driving "everything from toothpaste to sports cars". And the police, instead of arrests and prison, offers courses where adults (average guys, rich people and judges) "treating girls like sewers" can play act astonished and innocent, and scientific research labels it a success because only 60 percent get caught again.
http://www.constantinereport.com/child-prostitution-epidemic-in-oakland-ca-2/
2:55 AM

Anonymous said...
Knights Hospitaller associated with Americares: "The Knights, AmeriCares’s “partner” throughout most of the world, has the unusual status of being a recognized sovereign state without territory, which means it enjoys full diplomatic rights in many countries and can speed items across borders via “diplomatic pouch,” bypassing customs inspectors."

"Perlitz was among the founders of Project Pierre Toussaint, which outlined its purpose as helping to feed, clothe and educate Haitian boys in their country. Instead, the boys' lawyers claim, it became an instrument of abuse.
Fairfield University was one of numerous defendants, which also included the Rev. Paul E. Carrier Jr., who court documents identify as a former chaplain at the school and a former officer of the Haiti Fund Inc., Project Pierre Toussaint's nonprofit fundraising arm; the Society of Jesus of New England, Carrier's Jesuit order; the Sovereign Military Hospitaller Order of St. John of Jerusalem of Rhodes and of Malta; American Association, USA, which also provided money; and Hope Carter, a member of the board of directors of the Haiti Fund, a New Canaan philanthropist and Malta member, move for the dismissal of all pending cases involving 24 plaintiffs. "

Fundamental Christians abusers?? Preposterous, and not with sarcasm either. Abuse is satanic. The very nation that calls itself "Israel" is an abomination. Those who call themselves Christians and worship the Christ-denying Israel are anti-Christ. As Christ himself said: "Those who deny the Christ are antichrist" as the Israelis do. "Those who love death, hate me" Jesus said. Many join church groups with the ulterior motive of gaining access to perform their sickness and cruelty...

Zoompad said...
"Zoompad, please, you need to explain things clearly from the start for newcomers"

I think I had best deligate and leave that job for you and others to do, as I am going to be rather busy researching what these swine are doing, you seem to have an excellent insight already on this, thanks.

Yes, they are targetting my daughter, which is why they have come into my view. If they hadn't relentlessly and cruelly attacked my daughter I don't suppose I would have found this, and I seem to have hit the bulls eye (thank you Jesus!)
8:33 AM

American children 'abandoned' by their American soldier fathers – Ho Chi Minh City, 1988
John Wetterer moved to Guatemala, where he set up Mi Casa, a program for homeless boys.
Macauley then set up a charity called Friends of Children which helped to fund Mi Casa.
In 1988 John Wetterer was accused by 60 Minutes of sexually abusing a number of boys.
Eventually, Wetterer was indicted for fraudulently soliciting money to support his sexual abuse of children.
A Thousand Points of Blight (January 8, 1991)

Father Bruce Ritter mixing with the teenage boy prostitutes of New York. Father Ritter was a vice president of Americares.
Robert Macauley's friend Father Bruce Ritter set up a charity called Covenant House, as a cover for a pedophile ring.
Covenant House procured children in Guatemala and elsewhere.
Ritter had sex with the boys in his care. Father Ritter spent weekends at Macauley's estate in Connecticut, according to a former Covenant House employee.
The Franklin Cover-Up – American-Buddha.com

Guatemalan children with the Toybox charity which has links to the 'CIA front' organisation World Vision.
In Guatemala, Covenant House was launched by Roberto Alejos Arzu, who had ties to the CIA.