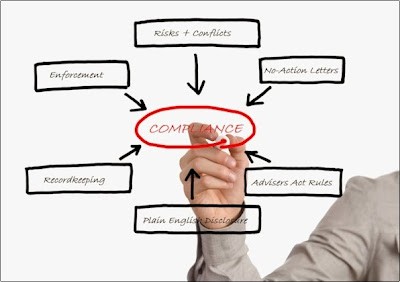 Before the end of the year, there's a bipartisan-- in the worst sense of the word-- push to renew tax breaks for special interests, generally special interests that bribe Members of Congress with massive campaign contributions. Two of the sleaziest characters in the Senate, Chuck Schumer, a Wall Street Democrat, and Mitch McConnell, Big Business' top senatorial whore, are shamelessly leading the charge.


“Like any other pieces of pork, they get in there because someone powerful wanted them there,” Howard Gleckman of the Urban-Brookings Tax Policy Center said of the tax extenders. “And they’re not going to just give them up.”

Gleckman also argued that extenders are hard to get rid of because, while they have powerful supporters, lawmakers don’t get that much budgetary savings by getting rid of them.

On Wednesday the House passed HR 1105, some special interest legislation for private equity fund advisors, amending the Investment Advisers Act of 1940. It passed 254-159 and would "exempt private equity fund investment advisers from its registration and reporting requirements, provided that each private equity fund has not borrowed and does not have outstanding a principal amount exceeding twice its invested capital commitments." Although Virginia Republican Robert Hurt introduced the bill, this is the full list of 13 cosponsors:

The amount next to each of these crooked congressmen's names represents the legalistic bribery he took from the securities and investment industry last year. In the end, only one Republican, Walter Jones (NC), opposed the bill-- while 36 Democrats, mostly corrupt Wall Street shills, backed it. Of the corrupt Democrats who voted for this, these are the bakers dozen with the biggest career-long contributions from the securities and investment industry:

Let me close with a cautionary tale from Paul Sullivan in the NY Times from about a month ago. Its about the Ponzi scheme operators that these enemies of ordinary working families who voted for this bill, just exempted from registration. Sullivan focuses in on Mark Spangler, currently "awaiting what could be a life sentence on charges of fraud, money-laundering and investment adviser fraud." He quotes Susan John, who was then the national chairwoman of Napfa (National Association of Personal Financial Advisers), explaining "that the entire regulatory framework needs to be re-evaluated so that consumers are better protected from those whose self-interest gets in the way of their better judgment," the exact opposite of what the House just voted to do.


Mr. Spangler was convicted a month before a dreary holiday I proposed last year: Madoff Day-- the anniversary of the collapse of Bernard L. Madoff’s Ponzi scheme on Dec. 10, 2008. As I suggested then, the day should be remembered to remind people why it is important to be as vigilant about assessing who manages their money as it is in evaluating a doctor. Mr. Spangler’s Ponzi scheme started like any other. He ingratiated himself with a couple of wealthy groups-- employees at Microsoft and Immunex, a biotechnology company now owned by Amgen-- who referred their friends to him. He pitched the wealthier clients on private deals that would pay them a big return and him a high commission if they succeeded.

After a string of failures, he thought he had found two companies-- TeraHop Networks, which made tracking devices, and Tamarac, a provider of software to financial advisers-- that would make it big. For that to happen, they needed money, and he began diverting funds from the other accounts he managed to feed them. TeraHop struggled; Tamarac showed promise. But in 2010 clients began making withdrawals and he didn’t have the money to give them.

Mr. Spangler, who came from a well-known family in Seattle, began his career legitimately. He attended a prestigious Catholic prep school and the University of Washington. As his practice grew, he became the national chairman of the National Association of Personal Financial Advisers (Napfa), a group of fee-only advisers who commit to work in the best interests of their clients.

But by the early 2000s, he had become an advocate of private placements, risky, illiquid investments in little-known companies that promised a large return if they succeeded. Most of the ones Mr. Spangler picked failed.

“I remember him talking at a conference saying why he went away from publicly traded companies and into private partnerships because the returns were better,” said Nick Stuller, president and chief executive of Advice IQ, a company that evaluates advisers. “When I heard that, I said that is something really different, that’s very unusual.”

As Mr. Spangler’s failures mounted, he began dipping into the privately managed mutual funds-- with names like Growth and Income-- that he had for his more risk-averse clients. Those funds had been managed by outside advisers until 2003, when he decided to manage them himself. He told clients that this would save them on fees, but it really removed third-party oversight of his dealings. By the end, he had diverted the bulk of his clients’ money-- some $43 million-- to TeraHop, where he had become the chief executive, and Tamarac.

“He got bit by the venture capital bug,” said Mike Lang, an assistant United States attorney who was one of the prosecutors. “We’re in Seattle. Everyone is making money. He wanted a piece of that.”

Andrew Stoltmann, a Chicago securities lawyer, said what Mr. Spangler did happens more than people realize. “I can’t tell you how many brokers or investment advisers want to be hedge fund managers, mutual fund managers or investment bankers,” he said. “You see these guys doing this kind of stuff all the time-- raising money for private companies or running their own mutual funds. Nine times out of 10 it ends disastrously with massive losses.”

Of course, there is a big a difference between getting clients’ consent to put money into private investments that might fail and doing it without their knowing.

When I first wrote about Mr. Spangler in 2011, shortly after federal agents seized his passport to keep him from fleeing to Ecuador with his wife, people who knew him were shocked.

…Spangler, his lawyer, Jon Zulauf, would say only: “This was a troubling verdict. Mr. Spangler believed that his investments were in the long-term best interests of his clients.”

Even if they had been, they were done without his clients’ knowledge. And it showed that even someone who claimed to be a fiduciary needed to be checked up on.

And although Congress' approval rating is in the single digits, the troubling verdict on them that counts-- on election day-- is unlikely to see crooked Republicans and New Dems swept out of office as they should be.
Labels: banksters, New Dems, Wall Street
- See more at: http://downwithtyranny.blogspot.com/2013/12/congress-sells-out-american-investors.html#sthash.dVmo7jcw.dpuf
Posted by Tony Ryals at 5:32 PM