9/11,Boston Marathon:FBI,CIA Protect and Collude With Americans' Enemies From Saudi Arabia to Israel


9/11,Boston Marathon:FBI,CIA Protect and Collude With Americans' Enemies From Saudi Arabia to Israel
From London to Switzerland.
From the Caymans to the Solomons.......

And allow them to use U.S.stock market for money laundering and corporate sabotage.

It was after all the Bush family itself and its CIA that gave the bib Laden family a foothold in America in the first place just as they did for Saudi arms traficker and money launderer Adnan Khashoggi and former Saudi Ambassador to the U.S Bandar who seems to have funded some of those named as Saudi 911 terrorists even though it was Menachem Atzmon and ICTS International of Israel who 'guarded' and controlled Logan Airport Boston,through the financing of stock fraud, who guarded and controlled Logan Airport Boston on 911 and thank gawd had American trtaitors Barney Frank and present Secretary of State John Kerry covering up for and protecting them there.And of course the lesser known CIA Russell family and their pscho-social sexual relationship to the Tsarnaev family and brothers accused in the Boston Marathon bombing. :

One of the many bin Laden properties in the USA

Right next to Disney World is one of the homes of the bin Laden family.

The bin Ladens "own massive amounts of real estate in Florida and Massachusetts," according to the Daily Telegraph, 20 July 2004.

The bin Ladens are pro-American oligarchs, friends of the Bush family and " have dealings with Citigroup, General Electric, Merrill Lynch, Goldman Sachs and the Fremont Group, as well as Microsoft and Boeing."

It is "a stone's throw from Disney's Magic Kingdom."

Wealthy members of the Astor family used to live at Rokeby House, in Barrytown, New York.

Currently, less wealthy descendants of the Astors occupy the property.

The New York Astors have prospered but some other parts of the family have not done so well.

Through the 1980s, when Alexandra Aldrich was a girl, the estate continued to fall into ruin.

At Rokeby Hall, Alexandra Aldrich remembers how the roof leaked and there wasn't much heat in the winter.

Often they didn't have enough money to buy food.

Alexandra ended up in Brooklyn in 1998 and converted to Orthodox Judaism.

In 2005, she and her son returned to Rokeby and lived there for six years.

John Jacob Astor, who was born in Germany "from a Jewish bloodline."

John Jacob Astor came to the USA and joined a top Masonic Lodge which included top people such as Archibald Russell.

"The original financial break came by carrying out a series of shady and crooked real estate deals in the N.Y. city area.

Astor Courts - a former home of the Astors

"The next break came when President Jefferson and Secretary Gallatin, two men who are now known to have been in the Illuminati, gave John Jacob Astor a special government privilege...

"Astor strangely profited greatly from the War of 1812, which crippled almost all the other American shippers... 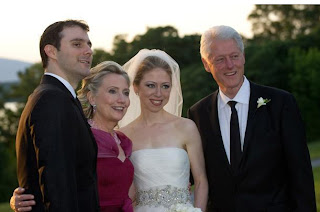 Chelsea Clinton wed Marc Mezvinsky at Astor Courts, on the Hudson River, built at the turn of the century by John Jacob Astor, IV. nevernwo.blogspot.com...

"John Coleman who had access as an intelligence agent to secret documents, discovered that the
original John Jacob Astor was also a British secret agent...

"For a few years John Jacob Astor had participated in the opium trade..."

Billionaire Fethullah Gulen’s 28-acre mountain complex at 1857 Mt. Eaton Road in Saylorsburg, Pensylvania - the very heart of the Pocono Mountains. A visit to the Pennsylvania fortress

Israel has been the Pentagon's main base in the Middle East.

Some people think that, for the Pentagon, Turkey is just as important as Israel.

"Fethullah Gulen, allegedly 'the most dangerous Islamist on planet earth,' is alive, well, and living in Pennsylvania with over $25 billion in financial assets.

"From Pennsylvania, he has toppled the secular government of Turkey, established over 3,000 schools throughout Central Asia, the Middle East, Europe, and the United States, created a new country called East Turkistan, and formed a movement that seeks to create a New ... World Order."

A visit to the Pennsylvania fortress

Gulen was brought into the USA with the help of the CIA's Graham Fuller, who is related to the Tsarnaev brothers - 'Boston Bombers'.

Reportedly, all the militant Moslem groups work for the CIA and have being used by the CIA to undermine Russia, China, Syria, Egypt and any other country that might oppose US domination of the world.

Saudi Arabia's Prince Bandar is a close friend of the Bush family.

"He was often referred to as a member of the family.

"He gave great parties, both in DC and Aspen.

"The CIA considered him a prime Mideast 'asset'"

Some might say that Saudi Arabia is a Pentagon base in the Middle East.

BANDAR AND BOMBS; LEBANON AND SYRIA

Ruslan Tsarnaev married the daughter of the CIA's Graham Fuller.

Graham Fuller helped to bring Fethullah Gulen into the USA.

Ruslan Tsarnaev is the uncle of the 'Boston Bombers'.

"Ruslan worked as a 'consultant' for USAID, which is known to be frequently used as a cover for CIA operatives, according to Jeff Stein (SpyTalk) at the Washington Post."

The home of Katherine Russell, the wife of 'Boston Bomber' Tamerlan Tsaraev.

"And both had fast, dramatic and uncharacteristic conversions to a perverted form of Islam favored by the gangster family that runs Saudi Arabia and works hand in hand with our spooks...