It has only been a few months since a scumbag named Ryan Knapp from the Newtown contacted me claiming that my blog mentioning a drug overdose in Newtown of someone by the same name as his had effected his employment search and damaged his reputation.I apoligised at the time for any cofusion between himself and the other Newtown Connecticutt Ryan Knapp who died of a heroin overdose a short time before the Sandy Hook Elementary government hoax.He claimed to have been in California at the time and made NO mention of the fact that he was in fact a member of the very Newtown 'government' that had aided and abetted the deception and cover up then at the very least it was a very substantial financial fraud against the American public and anyone suckered into sending money to those behind the drill-hoax.
Quite a statistical cluster to have 3 persons involved or in and around the Sandy Hook Newtown event
all die while receiving medical care at Yale-New Haven Hospital as well.One might call it spooky. And it can be no coincidence regarding so many fascist Zionist Jewsºliving in the area who  all played a role in the event or drill which was then turned into a reality news show by Zionist controlled 'U.S.' from 'liberal' Zionist or Nazi CNN to 'conservative Zionist or Nazi Fox 'News'.

Quite a statistical cluster to have 3 persons involved or in and around the Sandy Hook Newtown event
all die while receiving medical care at Yale-New Haven Hospital as well.One might call it spooky. Andºit can be no coincidence regarding so many fascist Zionist Jewsºliving in the area who  all played aºrole in the event or drill which was then turned into a reality news show by Zionist controlled 'U.S.' from 'liberal' Zionist or Nazi CNN to 'conservative Zionist or Nazi Fox 'News'.

In September 2012 , the grandfather of Emilie Parker, 62-year-old Doug Cottle, died 'after a cycling accident'. 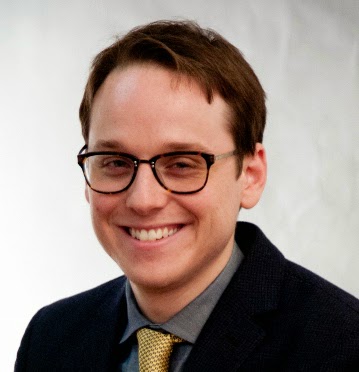 In July 2014,  a journalist who covered the Sandy Hook story, Michael Bellmore, died unexpectedly at Yale-New Haven Hospital at the age of 27.

In June 2014, one of the lead investigators in the Sandy Hook affair, Police Maj. William Podgorski, 49, died following a brief illness and surgery.

In September 2013, JoAnn June Egletes, the secretary of an attorney who initiated a lawsuit on behalf of a Sandy hook child, died at Yale-New Haven Hospital.

The attorney, Irving Pinsky, had gunshots fired at his office.

The attorney withdrew his lawsuit against the State of Connecticut.

The deaths of Egletes, Podgorski, and Bellmore all occurred at Yale-New Haven Hospital.

PETER LANZA PHOTO ALBUM; SANDY HOOK ...
"Same ATF Agent at Ryan Lanza arrest then at Sandy Hook Firehouse." ... into the family as a player for the upcoming event at Sandy Hook."

sandy hook - dylan hockley - butterfly, wizard of ...
Some mourners dressed in purple. At Dylan's funeral, many people wore purple, and there were purple

SANDY HOOK AND THE CIA
"Rabbi Praver was at the aftermath of the (Sandy Hook) tragedy early on to provide emotional support. "The Rabbi stoically revived painful ...

SANDY HOOK TRUTH AND LIES
"At the Sandy Hook shooting, we know there was no video, no photos, no ambulance at the scene, no injured people, no bodies, no tears from ...

THE SANDY HOOK REPORT
The CIA was in the Fire Station at Sandy Hook. "The fire station was surrounded by news teams, and within its walls were the CIA, police forces, ...

SANDY HOOK; DRILL; McDONNELLS; LANZA ...
The kid is asked about the Sandy Hook event. "The kid says 'When we were having a drill, we were hiding under, like...' "His mother (the ...

By Duke Reichert
Jonathan Reich, a 22-year-old man residing in Avon, New York was arrested in May 2013 for several phone calls he made in January 2013 to the Office of Chief Medical Examiner H. Wayne Carver II and other parties involved in the December 14, 2012 Sandy Hook Elementary School shooting.  As most readers of Memory Hole are aware, Carver was Connecticut’s controversial chief medical examiner who allegedly oversaw the autopsies of the Sandy Hook shooting victims, then guffawed through a brief press conference with reporters from national media outlets and hasn’t been heard from since.
Alongside calls placed to Carver’s office, Reich, who went by the name “Scotty Walker” on YouTube and other online forums, called the Allison Wyatt Foundation for Allison (victim, 6 yrs old) to point out that on the organization’s Donations page the photo alleging to be Allison was in fact one Lily Gaubert. Reich inquired whether the foundation was aware of the anomaly and asked if it would be changed. The wrong image stayed on the donation page for a few additional weeks.
In another instance, Reich politely asked several questions to the Carver’s receptionist concerning the state coroner’s involvement in state legislation related to child autopsies as well as the shooting’s aftermath.  I have examined Sandy Hook police reports related to the case, which note that “Jonathan Reich was investigated for calling the [Office of the Connecticut Medical Examiner] and it was determined that no criminal actions had taken place and that no action to press charges will be taken.”
Nevertheless, in May 2013 a warrant was issued by Connecticut State Police for Reich’s arrest on charges of harassment in the second degree.  Avon police officers proceeded to Reich’s home and threatened that if he did not turn himself in in Connecticut he would be taken to Rikers Island Correctional Facility in Queens New York and held without bail.
Reich thus turned himself in to Connecticut authorities the following week and his case has been pending ever since.  Reich was released on bond of $50,000 and his dates to appear in Community Court in Hartford were postponed and rescheduled no less than nine times.
On July 22, 2014 several Sandy Hook researchers went to Reich’s court date to show their support and solidarity.  Wolfgang Halbig and others accompanying him were asked to leave the court house despite the fact that they were sitting quietly, waiting for Reich’s case to be called. I can attest to this because I was there.  No ruckus or nuisance was created, just people seated quietly in a public building.  In any event, Wolf and others complied with this request.  Independent researcher Tony Mead, who runs Sandy Hook Hoax groups online, went to the bail commissioner’s window to ask her a question.
You see, the day before his ninth court date in June 2014, Reich was told not to show up in court the following day, that it would be postponed again to July.  Yet when he did not show, they charged him with Failure to Appear 2, a felony, and put out another warrant for his arrest!  After much ado, the charge was dropped and deemed a clerical error.
Mead asked the bail commissioner who exactly was involved in issuing the Failure to Appear letter to Reich and an order to rearrest the 22-year old.  Visibly shaken, the bail commissioner replied that she could not talk about it, asked Mead to leave, and then yelled for security to escort a calm and comported Mead out of the courthouse.  Mead said, “Thank you,” and walked out on his own.
After that, in a back room of the courthouse, Reich’s father (an attorney practicing in New York) and a Connecticut State attorney plea bargained the case down to a two month community service commitment.  Further, between July 22 and the termination of the service Reich is to undergo psychiatric evals and counseling.  Reich further agrees to not engage in any online fundraising or do any media spots or public interviews related to his experiences.
Wolf, Mead and others met with Reich’s father briefly but did not see or meet with Jonathan.  Why?  They were told that Reich could not be seen with them since ‘they’ (court officials) were closely monitoring his comings and goings and thought it best he not be seen with “conspiracy theorists”.  I don’t know if I agree with that, and found it unfortunate that we did not meet with the defendant at all.  However, Reich’s father, a very serious, soft spoken Jewish man donning a traditional Jewish yarmulke, is an attorney and so it would follow that Jonathan, although an adult, residing in his parents’ home and following their advice, would listen to what his dad told him to do.
I still find it unsettling that we didn’t get to see Reich, and it was only during our lunch after court that Reich placed a phone call to Mead and Wolf to say “Hello” and thank them for their support.  In any event, Wolf et al met after the court debacle and recapped the trip.  Where do things stand?
No lawyers want to work on the case–at least none in Connecticut.  Those of us gathered for Reich’s tenth court date filed requests for documents from the court.  Such document requests and travel expenses do not come free of charge.  For Wolf’s naysayers, $30,000 is not a substantial sum, and two-thirds of this was gone in a flash for the FOIA requests, wasted retainers and fees on information that never came to pass.  Other funds have been spent on applications for documents, and travel.  The case against Jonathan Reich is closed, but the Sandy Hook journey is far from over.
Duke Reichert attended a highly esteemed university in New England and has had a fruitful career in both business and government. A natural skeptic, he applies logic to illogical and puzzling circumstances in an effort to sift out fact from fiction. Due to the nature of this topic Reichert writes under this nom de plume.