The British people should get rid of both him and Russian Jewish mafia who have taken over London and the entiire UK.Just as his cmpetitor Jewish Zac Goldman is most probably the brother of deceased Princess Diana and the sons of Prince Charles and ' Lady D'Andrew and  SHOULD HAVE TO UNDERGO GENETIC SCREENING TO VERIFY THAT THEY ARE NOT Golman's illlegitamate grandsons before they can qualify to assume the thrown.In fact better yet overthrow the cowardly war mongering and whore mongering parasites and throw them out on the streets of London where they can beg the Islamic son of a bitch new  Lard Mayor Sadiq Khan for scraps at his Zionist and CIA feast OR BEG THEIR WEALTHY
ROTHSCHILD AND THEIR RUSSIAN JEWISH MAFIA WHO HAVE TAKEN OVER LONDON AND THE ENTIRE UK INCLUDING AUSTRALIA,FOR ASSISTANCE AND SEE HOW MUCH THEY CARE WHEN EX ROYALTY NO LONGER HAVE POWER.
The west does not need Islamic mayors and American young women or men should not be drafted to fight in the Middle East nor take Islamic NOR Israelis into our country..In gay new England even the pervert Achbishop of Canterbury is a Jewish Zionist who should be sent either back to Russia or Poland or Russia or given a VERY LONG PRISON SENTENCE FOR IMPERSONATING A CHRISTIAN !

Sadiq Khan is a traitor and enemy of all Middle Est people except for those placed in power by Zionists and the blood of Americans used to destroy Iraq and Afghanistan and Libya,etc. for his white Russian Jewish Zionist masters.


5 days ago - In the coming London mayoral elections we should note that the Conservative candidate is Jewish and that the labour cadidate SADIQ KHAN is ...


Aangirfan: JEWS, CRYPTO-JEWS AND OTHERS

Mar 10, 2016 - The wearing of the veil is a Jewish tradition, not Muslim. ... The Archbishop of Canterbury, Justin Welby, has Jewish roots. One of his cousins is ...


I was sickened to hear that Justin Welby "only learned as an adult that his father was Jewish," which makes him half-Jewish.

It reminded me of John Kerry who spent his life parading as an Irish Catholic only to discover as an adult his father was also a Jew, one linked to the CIA. The Illuminati are usually half-Jews who intermarry with other generational satanists, usually Freemasons. I find it repugnant that they have placed their agent in the position of head of the Church of England. Christians are not permitted any genuine leadership.

Justin Welby background features all the hallmarks of the Illuminati.

1. Grandfather Bernard Weiler was a German Jewish immigrant and importer of luxury goods who came to England in 1886 and changed his name to Welby. What kind of people but subversives disguise their identity by routinely changing their names?

2. Welby's father Gavin, a full Jew, was a bootlegger and playboy in the US during the Depression. He dated JFK's sister Patricia. Welby's mother, Jane Portal, a former personal secretary to Illuminati go-fer Winston Churchill, was the niece of R.A.B. Butler, a member of the Churchill Cabinet.....................
- See more at: http://henrymakow.com/2015/08/archbishop-of-canterbury-illuminati.html#sthash.DiBW6sib.dpuf
London Moslem Mayor Sadiq Khan - Pro War CIA,Zionist Prostitute
http://aanirfan.blogspot.com/2015/09/sadiq-khan-very-jewish.html 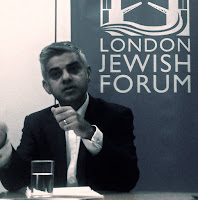 The next Mayor of London may be Sadiq Khan (above), who is officially Moslem, but who is somewhat pro-Jewish.

Khan has promised to "call out anti-Semitism wherever it arises", not to be "distracted into using the Mayoralty to offer commentary on foreign policy issues" and to work with all Jewish organisations and charities "to bring our communities together and promote understanding".

Who's who on Team Sadiq - New Statesman.

1. Heidi Alexander, a Zionist, who is the chair of Khan's campaign.

2. Marcus Roberts, of the Fabian Society, is the manager of Khan's campaign.

Roberts is believed to be Jewish. 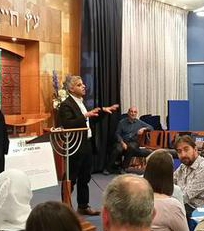 Modi and his gang are fervently pro-Israel.

4. Polly Billington is in charge of communications on Khan's campaign.

Billington has worked for the BBC, which defends the interests of Israel. 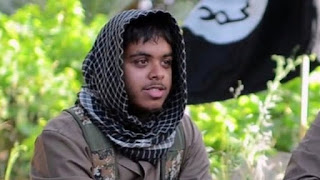 Sadiq Khan has served as Chair of the Fabian Society, [41] and remains on its Executive Committee.

"The Fabian Society are Globalists/multiculturalists.

"They support the creation of a 1% jewish master-race and a 99% mixed race, or multi racial, dumbed down race of corporate debt-slaves run by Marxist kapos.

"The Fabian Society were prime movers in shutting down Grammar Schools for Working Class Children in Britain – the cover story for this dumbing down was 'anti-elitism'. 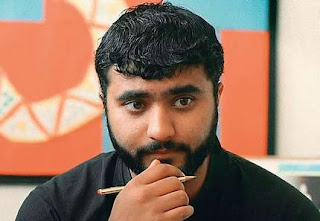 The Khans all work together.