The folks at aangirfan or aanirfan are being overly flattering to me,but if you have an ego like most of us do,it feels good anyways.Below are the links to Hitler relative living in Israel and  Mussolini's Jewish Italian lover who was also perhaps the real founder of Italian and UK and international fascism that rose hand in hand with Nazism in the 1930's as well as aangirfan's most recent blog titled,'NAZI ZIONISTS'.AANGIRFAN found in Tanya Gold's article-investigation,published in the Guardian   UK newspaper,more interest in the fact that Aharon Shear-Yashuv,son of a high Nazi(Waffen SS) official was now a 'good Jew' living in Israel,where as  I was more amazed that a Hitler relative had found  refuge there.
Nonetheless aanirfan.blogspot.com  always makes interesting links and connections including their own unique 'psycho-neural' links and connections unique to themselves and reflected in the quality of  their website that often makes new connections between important facts that would otherwise go unconnected.
Thank you anngirfan..
And I personally feel that indeed the Z in NaZi does indeed stand for Zionist as propounded by the late  Eustace Mullins who is still called an 'anti-Semite' by Jewish Zionists who themselves are not Semites and in fact they are the ones who murder Semites in the Middle East or manipulate U.S. and European militaries to do for them - NOT  us anti-Zionists!


Even 'Orthodox' European origen Jews denounce Zionism as being anti-Semitic as well NOT being Jewish.

Tanya Gold on the Nazi-descended Jews living in Israel ...
www.theguardian.com › World › Judaism
Aug 5, 2008 - A relative of Hitler is now Jewish and living in Israel. So is the son of a Waffen-SS man. Tanya Gold talks to the descendants of Nazis who have . 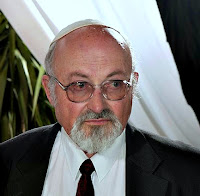 Tony Ryals alerted us to the following:

Aharon Shear-Yashuv is the son of a Nazi.

Aharon's father was in the Waffen-SS.

Aharon has been a senior rabbi in the Israeli armed forces.

She now lives in Israel.

Mildenstein was the head of the SS Office for Jewish Affairs (prior to Adolf Eichmann). 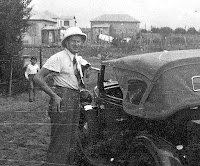 Leopold von Mildenstein in Palestine in 1933.

In 1933, Mildenstein traveled to Palestine in the company of the Tuchlers.

Mildenstein continued his friendship with the Tuchlers after the war.[5][6]

In 2011, Arnon Goldfinger describes his discoveries about his grandparents in a documentary entitled The Flat.

At The Electronic Intifada, we read that the Nazis and the Zionists worked together to support the idea of a homeland for the Jews.

"Although never specified or discussed in The Flat, the Nazi government had in fact been approached about this matter by the Zionist Federation of Germany, of which Kurt Tuchler was an active member..." 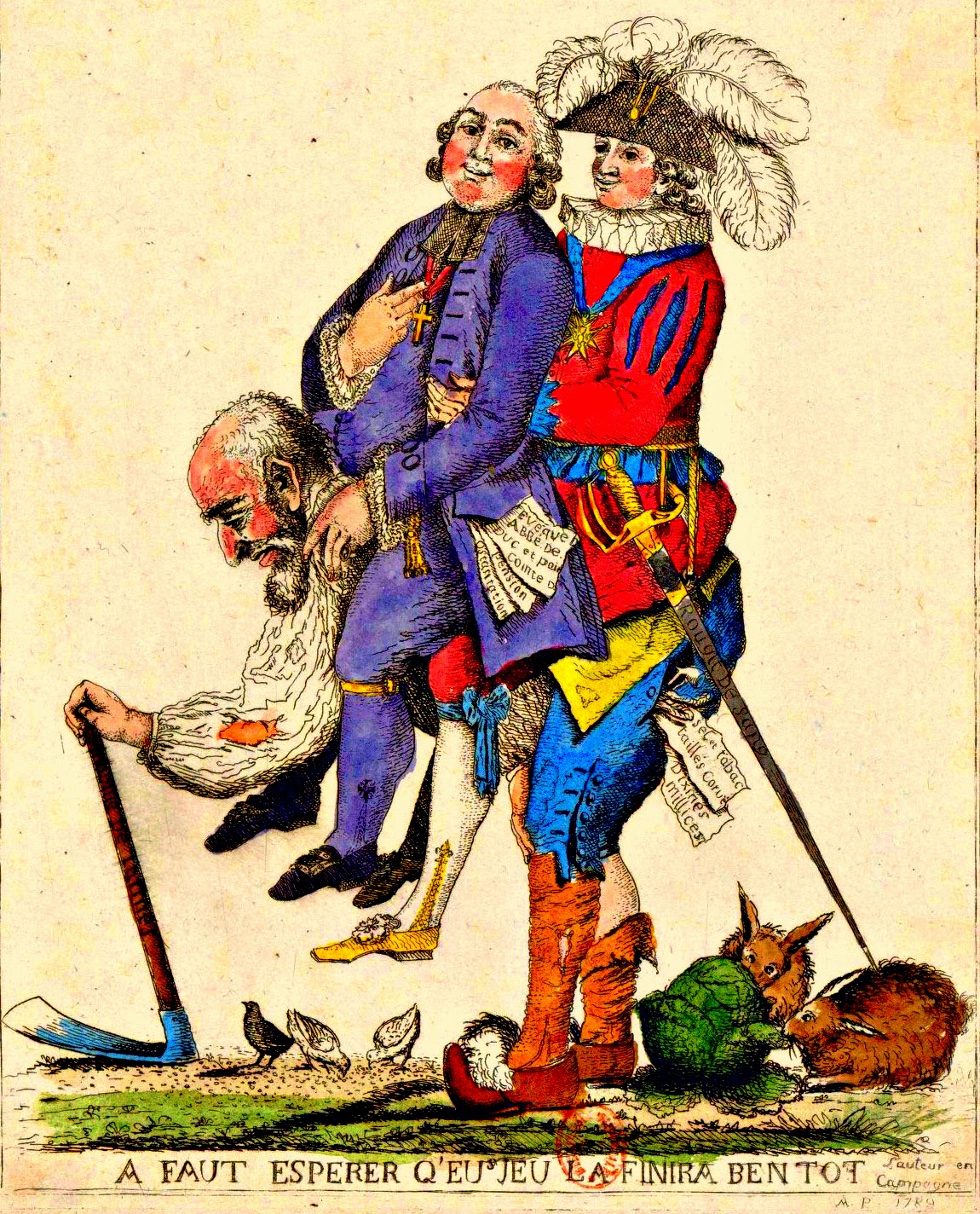 How can one explain the Nazi-Zionist alliance?

At the top of the pyramid of power, we find that the elites, whether nominally Jewish, Christian, Hindu or Moslem, all share the same Mafia-Fascist philosophy and are all quite happy to work together.

According to Israel Shahak, "Jewish physicians, tax collectors and bailiffs could be relied upon by a king, nobleman, pope or bishop...

"Jewish rabbis and rich Jews were part of the governing class.

"Together they oppressed the masses, Jew and non-Jewish."

"One evening my wife visited Baron Eberhard von Oppenheim, who lives splendidly and quietly near us. Many German Nazis were present.

"It is said that Oppenheim gave the Nazi party 200,000 marks, and that he had received a special party dispensation, declaring him to be an Aryan."

'Hitler was descended from Jews and Africans' DNA tests reveal

One of the chief philosophers of the current elite is Leo Strauss.

Strauss admired both Zionism and elements of the Nazi philosophy.

"Leo Strauss wanted to be a German, part of the remaking of Germany against the decadence... of liberal culture... But he also furthered a political Zionism, an analogue to his sympathy for the German national revolution as an alternative to the liberal culture he despised..."

Shadings: “They consider me a 'Nazi' here” – Leo Strauss.

Both the Nazis and the Zionists are told to believe in a Master Race or Chosen People.

The rich elite, whether Nazi or Zionist or Communist Chinese or Hindu, tend to favour 'Authoritarianism'.

Some of the 'working class' also support 'Authoritarianism'.

Think about attitudes on:

Prince Bernhard, who reportedly was a member of the Nazi Party, would meet his Zionist friends at Bilderberg meetings.

Leo Strauss, who died in 1973, believed that in order to control the ignorant masses, the elite should tell lies.

Rulers need to go in for "perpetual deception."

Rulers need to press the right buttons on:

Eysenck saw 'tender-minded' ideologies as 'democratic' and 'friendly to human freedoms', while tough-minded ideologies were aggressive and authoritarian.

Eysenck criticised the luxurious lifestyles of certain leaders who pretended to promote 'equality' while leaving the majority of their people poor.

"During the 1930's, in cooperation with the German authorities, Zionist groups organized a network of some 40 camps throughout Germany where prospective settlers were trained for their new lives in Palestine."

German historian Volker Koop says that the S.S. kidnapped thousands of children from occupied lands and murdered those that racial "experts" back in the Reich deemed "unfit for Germanisation". Nazi-scheme-kidnap

"There is detailed evidence that some Zionists collaborated with the Nazis, that Zionists sabotaged anti-Nazi boycotts, and that Zionists interfered with efforts to rescue victims of Nazi oppression.

"When facts first emerged in the 1950s about Zionist-Nazi collusion, it caused considerable scandal in Israel...

"Popular American playwright and fervent Zionist Ben Hecht wrote the first book on the subject, “Perfidy,” relating the history of a Hungarian Zionist leader who arranged for his family and several hundred prominent Jews 'to escape' while facilitating the movement of the rest of Hungarian Jews to Nazi concentration camps."

"In “The Transfer Agreement: The Dramatic Story of the Pact between the Third Reich and Jewish Palestine” (containing an afterword by ADL head Abe Foxman), pro-Israel writer Edwin Black reports that in 1933 Zionist leaders concluded a secret pact with the Third Reich that transferred 60,000 Jews and $100,000 to Palestine, Zionists promising in return that they would halt the worldwide boycott “that threatened to topple the Hitler regime in its first year.”

"Author-researcher Lenni Brenner wrote of Zionist-Nazi collusion in “Zionism in the Age of Dictators,” of which the London Times stated: “Brenner is able to cite numerous cases where Zionists collaborated with anti-Semitic regimes, including Hitler’s.”

"Thyssen was arrested by the Vichy government and sent to aconcentration camp." Fritz Thyssen

"Brenner’s second book on the topic, “51 Documents, Zionist Collaboration with the Nazis,” includes a 1940 letter from underground Zionist terrorist leader Avraham Stern proposing that Jewish militias would fight on Germany’s side in exchange for Nazi help in creating an “historic Jewish state.”

"In “What Price Israel,” American Council for Judaism member Alfred Lilienthal describes FDR’s efforts to set up a program to rescue refugees, only to find Zionists sabotaging it. Roosevelt explained: “The Zionist movement knows that Palestine is, and will be for some time, a remittance society. They know that they can raise vast sums for Palestine by saying to donors, ‘There is no other place this poor Jew can go.’”

"When New York attorney Morris Ernst joined this refugee effort, he was shocked: “I was thrown out of parlors of friends of mine who very frankly said ‘Morris, this is treason. You are undermining the Zionist movement.’” Ernst wrote that he found a fanatical movement of men “little concerned about human blood if it is not their own.”

Sephardic Jews in Morocco. The roots of the Ashkenazi Jews "are Turkic/Mongolian and not Semitic".

"In “The Seventh Million: The Israelis and the Holocaust,” Israeli historian Tom Segev quotes Zionist leader and future Israeli Prime Minister David Ben Gurion: “If I knew that it was possible to save all the Jewish children of Germany by transporting them to England, but only half of them by transporting them to Palestine, I would choose the second.”

"Segev writes that Ben-Gurion worried that ‘the human conscience’ might cause various countries to open their doors to Jewish refugees from Germany and saw this as a threat, warning: ‘Zionism is in danger’”...

"In 2002 the Israeli newspaper Ha’aretz reported that the Israeli military was specifically studying Nazi Warsaw Ghetto strategies for use in the Palestinian Occupied Territories."