U.S. Jewish Humanitarians Put Ilhan Omar's And All Americans' freedom of speech ahead of phoney 'Anti-Semitism' censorship forced down our throats by Israel's  apartheid state  whose collusion with neocons and Zionists embedded in the U.S. government White House and Congress within  the CIA, FBI,   NSA,etc and the U.S. military itself are war crimes and treason against Americans and the U.S. Constitution.
before and the after 9/11  coup and overthrow of U.S. government are war crimes.


Note even Israel's english language newspaper Haaretc ith link below defends Ilhan Omar against those who scream anti-Semite' at her.In fact it's long since time the term Semite should not be used to describe the white Eastern European  and Russian Jews who founded Israel in the first place because they are not Semites in the first place and in terms of genetic lineage have no connection to those who originally wrote Hebrew and Aramaic hatsover ! It's all a dangerous historic myth and anyone who say white Eastern European Jews are Semites at this late date is simply a fool or a liar ! And yet that is what Jews are taught ! .
. 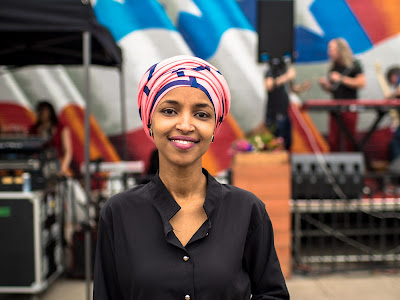 Ilhan Omar - There are no public records or credible sources contradicting Ilhan Omar’s account of her past. FACT CHECK

Ilhan Omar is a Somali-American politician serving as the U.S. Representative for Minnesota's 5th congressional district since 2019.

She has called for a boycott of Saudi Arabia. 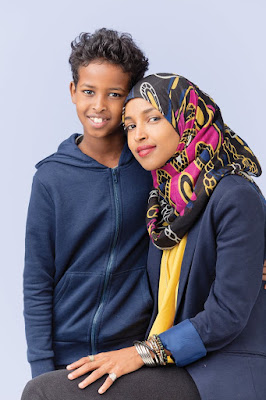 American Jews, including prominent figures like Naomi Klein, have come out in support of Ilhan Omar

"Omar has faced huge backlash after calling out AIPAC.

"She has faced accusations of anti-Semitism from both Democrats and Republicans, floor action against her by Nancy Pelosi, and disturbing posters at a Republican event, linking her to the 9/11 attacks." 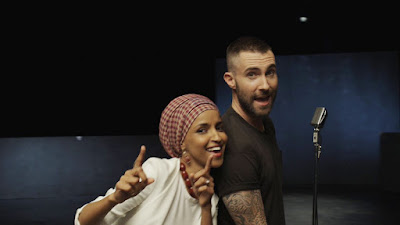 Ilhan Omar is featured in a music video “Girls Like You.”

We are Jews who stand with Representative Ilhan Omar.

"She has been falsely accused of anti-Semitism since tweeting that GOP threats against her and Representative Rashida Tlaib for criticizing Israel were ... all about AIPAC paying members of Congress “to be pro-Israel.”

"There is absolutely nothing anti-Semitic about calling out the noxious role of AIPAC (the American Israel Public Affairs Committee), which spends millions each year to buy U.S. political support for Israeli aggression and militarism against the Palestinian people.

"As the NYC chapter of Jewish Voice for Peace summed up: “Accurately describing how the Israel lobby works in this country is not anti-Semitic. The never-ending smear campaign against Ilhan Omar is racism and Islamophobia in action.”

"The pro-Israel lobby has played an outsized role in producing nearly unanimous congressional support for Israel. It has organized a national campaign to suppress Palestinian activism on campuses, made the Israel Anti-Boycott Act a legislative priority, and for decades has boasted about their power to make or break political careers. To point out this reality is not anti-Semitic.

We are Jews who stand with Representative Ilhan Omar.

"Genuine anti-Semitism and the growth of white supremacy are indeed growing concerns in Donald Trump’s America.

"Omar and Tlaib, the first two Muslim congresswomen in this country’s history, are not part of this ugly growth of white supremacy. Instead, they are part of movements which seek to confront it. For that, and for their courageous support of the Boycott, Divestment, and Sanctions (BDS) campaign, they are being smeared by a racist and Islamophobic chorus, including the House Democratic leadership itself.

"As long as the Israeli state continues to militarily besiege, economically choke, and incessantly dispossess the Palestinian people, and as long as it does so with the full backing of the United States government, we need to speak out against these crimes. We thank Ilhan Omar for having the bravery to shake up the congressional taboo against criticizing Israel. As Jews with a long tradition of social justice and anti-racism, AIPAC does not represent us."

"Rep. Ilhan Omar's comments last week in Washington that seemed to question the allegiance of Americans who advocate tirelessly for Israel have incurred the wrath of those advocates, who charge her with anti-Semitism ...

"But Omar's critique goes to the nature of Zionism; and it was anticipated by the Jewish philosopher Hannah Arendt ... Arendt was alarmed by the arrogance of Israel's founders, in proceeding with contempt for their Arab neighbors ...

"... Arendt predicted the rise of the Israel lobby: influential Zionist individuals and organizations that would be called upon to shape American policy ..."

Jewish Americans come out in support of Ilhan Omar

Rep. Ilhan Omar punches back at Trump: 'You have trafficked in hate your whole life'