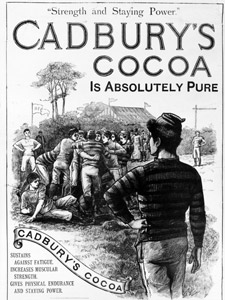 13 hours agoRietberg, Nordrhein-Westfalen
"What does Norman Lamont know about the suicide of Jocelyn Cadbury MP, his former Parliamentary Private Secretary, less than a month after Elm Guest House was raided?"

Elm Guest House was a boy brothel in London, frequented by Members of Parliament and others.

Jocelyn Cadbury was the son of Laurence Cadbury, the boss of the Cadbury chocolate firm.

In 1981, Jocelyn Cadbury was appointed as Parliamentary Private Secretary to the Minister of State for Industry, Norman Lamont.[2]

Former Conservative Member of the UK Parliament Norman Lamont was head of the secretive right-wing group known as Le Cercle.

In 1993, the comedian Julian Clary, at the British Comedy Awards, made a rude joke about the then UK Finance Minister Norman Lamont. 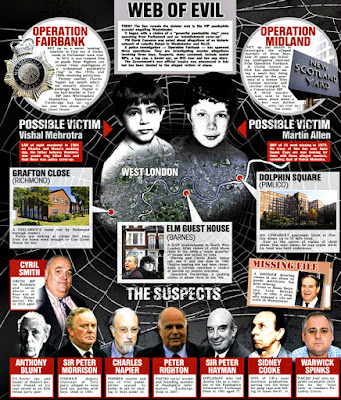 In the summer of 1982, Jocelyn Cadbury was found shot dead in the garden of his parents' home in Birmingham.

Jocelyn, a bachelor, was aged 36 when he died.

Friends said he had been cheerful and in good spirits, just prior to his death.

Laurence Cadbury has been linked to the Knights of Malta

Jocelyn's brother died in a motorcycle accident in 1950 and his sister died in an air crash. 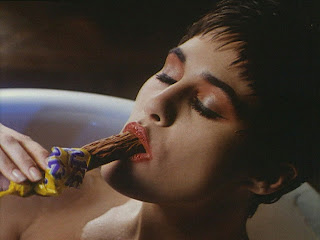 In 2010 Cadbury was taken over by the US food giant Kraft Foods (now Mondelēz.)

At the start of the 19th Century, the Cadbury family, who were Quakers, had a draper's shop in Birmingham.

The Cadburys decided to become manufacturers of chocolate.

At that time, Quakers were barred from the major universities and as pacifists, they stayed clear of the military, until the outbeak of World War I.

During World War I, Laurence Cadbury worked with the Friends' Ambulance Unit (FAU), a volunteer corps of Quakers

Bertie Cadbury served on a minesweeper, became a pioneer pilot and was involved in downing two Zeppelins. 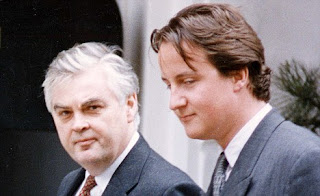 ..
David Cameron in 1994 when he was adviser to Chancellor Norman Lamont.

Norman Lamont became Minister for Defence Procurement just in time to sign the Al-Yamamah arms deal ‎and he was Chancellor of the Exchequer when Black Wednesday transferred around £3B from UK taxpayers to currency traders.

Norman Lamont has been one of the bosses of Le Cercle.

Le Cercle and the struggle for the European continent .

OffGuardian | because facts really should be sacred.

Irene Rosenfeld, who is Jewish, is chief executive of Kraft Foods.

Kraft Foods is very pro-Israel. (Kraft Foods expanding Israel product line )
Kraft Foods is to take over the British firm of Cadbury, which is run by the American Todd Stitzer.

Conspiracy theorists (both in the media and the stockmarket) "believe Warren Buffett is in league with Kraft’s management to secure Cadbury at a knockdown price." (FT Alphaville » Buffett/Kraft conspiracy theories)

You may have bought Kosher Kraft Cheese. (The Secret Jewish KOSHER TAX.)

Peter Kiernan is to become director general of Britain's Takeover Panel.
At present he is advising Kraft Foods Inc on its bid for chocolate-maker Cadbury. (Kraft banker to become UK's top takeover arbiter )
The French would not allow their top companies to be taken over by a bunch of foreigners. (Cadbury is bought by Kraft. The French would have never allowed it)
Cadbury was founded by John Cadbury (1801-89) a Quaker.
As a social reformer, he led a campaign to ban the use of child labour for sweeping chimneys and campaigned against animal cruelty, forming the Animals Friend Society, a forerunner of the Royal Society for the Prevention of Cruelty to Animals. (John Cadbury )
"A food factory in Buenos Aires ... was bought out by Kraft in 2004.
"Since then, the company has markedly reduced hygiene efforts at the factory to cut costs.
"But a July 2009 outbreak of H1N1 flu struck the plant, and workers (many of whom were working mothers) were forced to strike simply to take sick leave to avoid the unhygenic surroundings.
"In the wake of the strike, Kraft 'selectively fired' some 150 workers, including many union leaders and union delegates." (chicago.indymedia.org/.../70386/index.php)
Up to 27,000 jobs will be threatened if Kraft seizes control of Cadbury, union leaders fear. (Cadbury buyout could cost 27000 jobs )
Kraft took over the UK firm of Terry's chocolate.
In 2005, Kraft closed the Terry's Factory in York.
Kraft moved production to existing Kraft Foods facilities in Sweden, Belgium, Poland and Slovakia. (Cached)
~~
PRINCE WILLIAM'S JEWISH MENTOR, WHO HAS LINKS TO 9-11..
TRIPLE CANOPY; THE MUMBAI ATTACKS
OBAMA'S KATRINA
MOSSAD AND MURDER IN CYPRUS
EL MUNDO REVEALS FBI'S BIN LADEN IS GASPER LLAMAZA...
USA ACTS TO PROTECT THE COCAINE TRADE IN HAITI?
THE REPUTATION INSTITUTE RATES COUNTRIES
FRANKLIN ROOSEVELT - FRONT MAN FOR OIL MEN AND BANKERS.

Ali.mostaque said...
The Jews basically decided to destroy British manufacturing in the late 1970's when they instituted Margaret Thatcher into power, and who was mentored and guided by the Jew Sir Keith Joseph.

British intelligence thought it was a Soviet conspiracy to destroy British industry, and conducted intensive investigations into Trade Unions, and especially left-leaning TU leaders such as Red Robo.....I saw him in person in Brum, and of course Arthur Scargil.......(One of the first things Thatcher did was wage a war against the TU, and their "power")BUT what they should have done...but could not psychologically comprehend was the real threat of the Jew, powerful Jews within the British establishment with their own set of agenda's which DID NOT NECESSARILY RUN ALONG THE SAME LINES AS TRUE BRITISH INTERESTS.........because????:

1. Powerful Jews through their gentile fronts, and often themselves dominated the IMPORTANT NATIONAL debate through the media, and general discourse.......and then the Jew came along and provided the solution....PROBLEM/SOLUTION.

2. Many Jews themselves served in and controlled British intelligence, especially MI-5, as crypto-Jews and as Jews. In the arena of controlling states the Jews have always invested heavily in intelligence organizations....(NKVDU Soviet Union, STASI East Germany and GESTAPO/Waffen SS Nazi Germany ALL dominated by Jews and Crypto-Jews)
5:56 AM

Traducir esta página
29 sept. 2008 - The arrests came as Cadbury recalled Dairy Milk bars and other chocolates from across the Far East after traces of melamine were found in its ...

Traducir esta página
29 sept. 2008 - British confectioner Cadbury has recalled all of its Chinese-made candy ... with the chemical melamine, a company statement said Monday.