Leanne Nasser, 19, was at the Istanbul nightclub with three friends from her home village of Tira in central Israel.
These young women from Tira are Arab-Israelis.

Tira has been asscociated with wealthy gangsters.

Mabruk Abdel-Kater runs the largest crime family in the Tira area of Israel.

The Abdel-Kater family is said to be involved in extortion, drugs and gangland killings.

There were several shooters.

Many of the police officers who were on duty in Istanbul and around the Reina were dressed as Santa Claus. 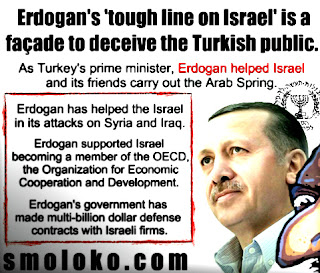 "It was reported by Hurriyet and the Jerusalem Post that the owner of the club, Mehmet Kocarslan, had told journalists that the security of the club had been transferred to an unnamed entity, days before the shooting at his club in Istanbul.

"What that indicates, more and more likely, is that the security of the Reina club was recently outsourced to an Israeli security company."

Sexy spies? (Shutterstock)
Since ancient times women played a significant role in the spy game, and because of their emotional impact on men to control and get information out of them through deception when they are in the arms of a sexy well trained woman, which is probably the best and most effective places to extract secrets from a man.
Israeli intelligence, including Mossad, depend on women to do spy work and hunt high ranked officials using seduction and sex.
Mossad has a unit called the "feminine spy" unit which includes many Arab women - mainly Moroccan.
Ould El Kabla, an informant, claimed that according to reports from Mossad agent “Jocelyn Bain”, Mossad had established a network of beautiful women in Morocco, specifying that the women should be pretty and Muslims by birth and origin. This network was major in activating what was used to called “Temporary Marriage” or “Nikah Mut‘ah”, to entrap important Arabic figures, specially in GGC region.
Female agents were asked by Mossad to keep an eye on foreigners visiting Morocco, especially those considered to be dangerous to Israel's security, or those who have a role in Morocco's and Israel's intercountry relations. The female agents also had a mission of approaching Arab Americans working in US administration and supporting peace projects in Middle East, to know more about their plans for the region.
There are also reports of these female agents recruiting prostitutes for missions.
Among these women was Nabeela, who recruited girls as young as 12 to monitor and observe Arabs and foreigners with known anti-Israel sentiments while they visited Morocco.
Before running the Moroccan group, Nabeela worked with an Asian woman named Ksiea in a group called “Maghrawy Bia.” Their goal was to get close to Arab Americans who are supporters of the peace process in the American administration. Nabeela used to introduce herself as an Emirati intelligence agent. this group also worked in Bangkok and Thailand to monitor Arab Americans working on various peace projects.
One of  Nabila's colleagues said that Nabila was among the same group that was related to the assassination of “Salim El Lozi”, the chief editor and owner of  “Al Hawadeth” Lebanese magazine. El Lozi was assassinated in the middle of the city of Beirut in July 1980. The same group is believed to be responsible for the death of the owner of a rehab center in the city of Lausanne, Swaziland, who died from injuries sustained in a car accident in Egypt.
Before she disappeared, Nabeela completed multiple missions throughout the Gulf.
The reports also indicated that Nabeela worked with multiple Saudi and Turkish people affiliated with the CIA.
Some of the female Mossad agents formed a group to to monitor Americans from Arabic origins and film them while having sex. The leader of this group was a Saudi named Wehbi. They worked closely with a man known as "Mahmoud" to recruit potential agents for Mossad in Eastern Europe and the Middle East.
Another group of four Moroccan agents headed by a girl names Asma formed an upscale prostitution house were they attract Arab officials to have sex and film them. Some Moroccan women working for Mossad also collaborated with a Kurdish man named Hassan, who worked closely with the late PM Rafiq Al Hariri in a number of projects related to relations with Lebanon.
A German newspaper revealed that the German intelligence service provided Mossad agents with fake passports to be used for special missions in Middle East. Mossad female agents used these German passports to move and travel around the world. Their Moroccan passport was only used to come back/leave Morocco.
This was ensured after the assassination attempt of  “Khaled Mashal”, the leader of the Islamic Palestinian organization Hamas, in Jordanian capital Amman in 1996. It was discovered later that Mossad agents used Canadian passports for that mission.
Further proof was revealed in 2004, when Mossad agents tried to falsify New Zealand passports, but were stopped by authorities.
More than one resource confirmed that German intelligence allowed Mossad agents to use German passports as part of cooperation with Mossad. That was done as an apology of Germany Nazi history.

Tunisian President Beji Caid Essebsi said Sunday night that “there is a suspicion that Israel was involved” in December’s fatal shooting of a Tunisian engineer said to have led Hamas’s drone program.
During a speech to mark the new year, Essebsi said that based on information “from the investigation of the killing, it appears that foreign hands carried out the assassination” of Mohammed al-Zoari.
Essebsi also added during his speech that “the authorities know how to deal with Israel” and are not powerless.
Both Hamas and Hezbollah have accused the Mossad — Israel’s foreign intelligence agency — of killing Zoari, 49, who was shot to death at the wheel of his car outside his house in the Tunisian port city of Sfax in December.

Zoari, an aviation engineer and Tunisian national, was confirmed by Hamas to be a central figure in its weapons development. The group called him a pioneer in developing its unmanned drones.
Israel has not responded to the accusation by Hamas that it was behind the Tunisian engineer’s death.
Defense Minister Avigdor Liberman played coy last week when speaking about the killing of Zoari.
“If someone was killed in Tunisia, he’s not likely to be a peace activist or a Nobel Prize candidate,” Liberman said at an event at the Zionist Organization of America House in Tel Aviv.

Tunisian Interior Minister Hedi Mejdoub has said that journalists hired by individuals posing as a media company were entangled in the killing.
Mejdoub told reporters that “at least two foreigners” were involved in the shooting. The killing, he said, had the hallmarks of a foreign espionage agency’s handiwork.
According to Mejdoub, a Tunisian journalist told local investigators that she was hired by foreigners posing as a media company planning to make documentaries in Tunisia for a Malaysian TV channel, including one about the aerospace industry in Arab states, and asked her to contact Zoari as one of the interviewees for the movie.
Paid 100 euros per day plus expenses, the woman traveled to Tunis, filmed Zoari, and gave the footage to the company. In all, she received 2,000 euros for her work. Besides filming Zoari, she also rented a number of cars used in his assassination, Mejdoub said, adding that planning for the killing took place over months, since at least June.
Three days before Saturday’s hit, the interior minister said, a foreign man working for the media company contacted her and asked her to rent two cars, and told her to then leave the country the next day.
The journalist was in Budapest during the hit, and only returned to Tunis after it was carried out.......