Even CNN'S CIA analyst puts a conspiracy spin on Manchester bombing which like Boston Marathon bombing etc, has CIA and or UK or Israeli Mossad agents as provacateurs becuse they now
work together to keep particularly U.S. and EU citizens loyal to their  very own governments who collectively terrorize them !

dailycaller.com/.../in-absurd-pivot-cnn-suggests-manchester-was-right-wing-false-flag...
4 days ago - A CNN analyst suggested that the Manchester bombing could have been a false flag during a segment Monday night. During Anderson ...

The CNN's CIA analyst should know the right wing people whom he doesn't identify but suspects of carrying out the Manchester bombing he doesn't names comes from within his very own gang of spooks within the CIA as well as  UK's MI5 or MI 6,ETC., as well as French agents also taken over by the same pro Israel pro City of London Zionist fascists. 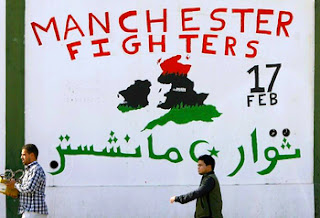 The security services transported Libyans from Manchester to Libya, to fight Gaddafi.

Salman Abedi and his father helped the CIA to topple Gaddafi in Libya.

The Manchester bomber may have been trained by the CIA

The 'Boston Bomber' Tamerlan Tsarnaev, who attended a CIA-run workshop.

The Manchester Arena atrocity is like the Bologna Bombing.

According to the BBC documentary above, the security services (CIA and its friends) carried out the massacre in Bologna as part of its Operation Gladio.

The CIA-Mossad's Operation Gladio B involves the employment of Moslems to carry out terrorist attacks.

Salman Abedi's father is alleged to have been in touch with ABU QATADA who is 'an MI5 ASSET'.

Haroon Rashid Aswat was described as being the mastermind of the 7 July London bombings.

The authorities stated that Aswat had made mobile telephone calls to two of the 7 July bombers.

After Aswat was handed over to the UK police, Scotland Yard police headquarters said, on 7 August 2005, that detectives were not interested in speaking to Aswat about the London attacks.

Note that the NATO U.S.,UK,France,et.al. war to murder its leader Moamar Gadaffi

Voltaire Network-12 hours ago
The LIFG was then employed by MI6 again to assassinate Gaddafi, ... Later, he is secretly arrested in Malaysia by the CIA and transferred to ...
Manchester attack: Why the Libya connection matters
Opinion-CNN-May 24, 2017

Washington Times-20 hours ago
... safeguarding surface-to-air missiles is one reason the CIA set up a ... of Libya's militant groups, including the Libyan Islamic Fighting Group, ...

LIFG works for the CIA

BOTH TRUMP AND UK PM MAYS WORKING FOR THE JEWISH ZIONIST FINANCIAL ELITE OF LONDON AND ISRAEL AND AROUND THE WORLD - AS IS THE CIA AND THE UK -INTELLIGENCE- AGENCIES.

The alleged Manchester Arena bomber, Salman Abedi, lived close to a number of fellow Libyans and a number of 'Christians' who apparently worked for the CIA and its friends..................

The Libyan Islamic Fighting Group (LIFG) has a large presence in the Manchester area.

LIFG is now being linked to the Manchester Arena attack.

Salman Abedi's mother, Samia, is a nuclear scientist, with alleged links to the (UK) security services......

www.foxnews.com/politics/2012/10/22/cia-installation-hit-in-libya-terror-attack.html
Oct 22, 2012 - One of the buildings hit was a covert CIA installation, U.S. officials told ... It took two military cargo aircraft to lift everyone out of Benghazi when ...

U.S. Effort in Beghazi, Libya, Was a CIA Operation | TIME.com


Nov 2, 2012 - The U.S. effort in Benghazi was at its heart a CIA operation, ... immediately lifted the cover of the seven CIA officers and contractors killed, ...


The CIA's Libya Rebels: The Same Terrorists who ... - TARPLEY.net


Abdelhakim Belhaj (born 1 May 1966) is a Libyan politician and military leader. He is the leader of the conservative Islamist al-Watan Party and former head of Tripoli Military Council. He was the emir of the defunct Libyan Islamic Fighting Group, an anti-Gaddafi guerrilla group. ... Arrest in Bangkok, return toLibya via CIA rendition[edit]. 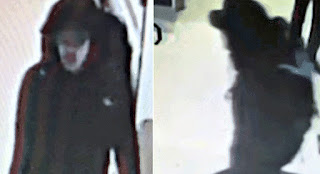 ...
CCTV (above) has captured someone, said to be Salman Abedi, buying a rucksack.

The alleged Manchester Arena bomber, Salman Abedi, lived close to a number of fellow Libyans and a number of 'Christians' who apparently worked for the CIA and its friends.

Gray tried to travel to Syria to fight for ISIS, which is said to be run by the CIA and its friends. 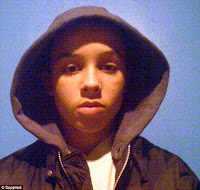 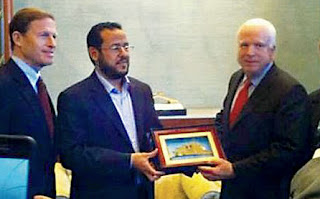 The Libyan Islamic Fighting Group (LIFG) has a large presence in the Manchester area.

LIFG is now being linked to the Manchester Arena attack.

LIFG works for the CIA and its friends. 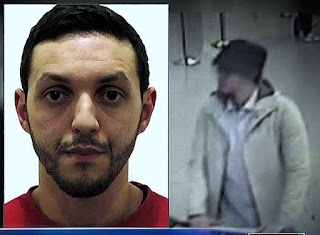 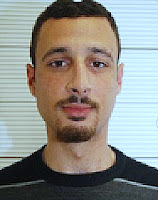 Zakaria Boufassil, who says he worked for MI5.

Zakaria Boufassil gave money to Mohamed Abrini who was involved in the November 2015 Paris attacks and the 2016 Brussels bombings.

Boufassil gave £3,000 to Mohamed Abrini in a park in Small Heath, Birmingham in July 2015.

dailymail
Boufassil, 26, says he was approached by MI5, held several meetings with MI5 agents and was paid by MI5.

"His claims can now be published after an order banning mention of his alleged links to the security services was lifted at Kingston Crown Court." 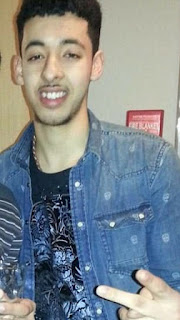 Authorities told ABC News they found a kind of bomb-making workshop in Salman Abedi's home and he had apparently stockpiled enough chemicals to make additional bombs.

However, according to the UK police, "No bomb-making equipment was found at Salman Abedi's home."

In the London Tube train attacks, the explosives were placed under the train compartments, presumably by the security services.

One witness said that there was no Moslem and no backpack in his compartment where a bomb went off.

The Manchester Arena bomb had a sophisticated remote, cell-phone detonator.

It could have been detonated by an asset of the security services, some distance away. 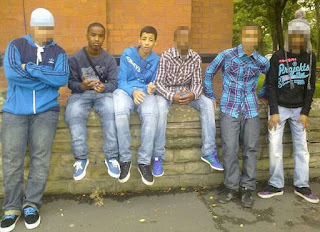 Salman Abedi used to hang around with Bilal Ahmed.

The ARAB SPRING was a CIA-Mossad operation.

ISRAEL and its friends control the MAD MOSLEMS.

It was MOSSAD'S ARAB SPRING. 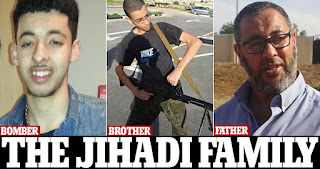 Salman Abedi's mother, Samia, is a nuclear scientist, with alleged links to the security services.
Posted by Tony Ryals at 9:13 AM