Jun 17, 2012 - 4 posts - ‎3 authors
It is claimed by certain websites and even researchers, that the late Yitzhak Rabin was "in Dallas" the day John F Kennedy was assassinated.

There is a source for this allegation, and it is my view that the pertinent passages in her book have been skewed to create that impression on the internet, at least. I am including the entire passage as it was written, but I will say, it does present some interesting lines of thought. I have also included another "factoid," which, unlike the Rabin issue has to do with organized crime and Meyer Lansky's family.Rabin: Our Life, His Legacy - Lea Rabin Chapter 6 Sabra Statesmanpage 119Our first joint visit to the United States (Yitzhak had been there before) took place in November 1963, just before Yitzhak had been appointed chief of staff for the IDF. In preparation for that appointment, Yitzhak embarked on a high-level orientation trip to America. I can appreciate now how momentous it was to have visited the United States at that time. We went to New York and Washington and Yitzhak traveled to several other cities, mainly military centers and installations— all so exciting and awesome and the source of many important new ideas. I remember Yitzhak making an offhand comment to me on our way home to Israel “You know, when I finish my term as chief of staff, I’ll be ready to replace Abe Harman.” Harman was Israel’s Ambassador in Washington at the time. Yitzhak’s premonition later materialized. Our 1963 trip to the United States lasted 3 weeks. I was astonished at the size and the excitement of New York. This was a fast-moving lifestyle unlike anything I had known in Europe or Israel. Dalia and Yuval along with a number of officers, met us at Lod Airport in Tel Aviv upon our return. We were told that President Kennedy had been shot , his condition was as yet unclear. We had never met the Kennedy’s but we could sense how the promise of John Kennedy’s future had stirred American’s and how devastating it would be if something serious had happened to him. Just as we walked in the door of our home, I picked up the phone to hear shocking news: John F. Kennedy was dead. To have just returned from the United States and for Yitzhak to have been in Dallas just hours before — albeit as mere coincidence; Fort Bliss was a stop on his military briefing tour— was disorienting. Yitzhak was about to become chief of staff and had just completed an intensive study of state-of-the-art defense and security practices from the most powerful nation in the world and suddenly we learned that country’s chief-executive was slain by a lone-gunman.......Robert: Yitzhak Rabin, in his memoirs, stated his term as IDF Chief of Staff began on January 1,1964see page 61, The Rabin Memoirs: Yizhak Rabin

JFK vs. Rabin: How America and Israel remember - Opinion ...

www.haaretz.com/opinion/.premium-1.565389
Haaretz
Dec 25, 2013 - The surfeit of JFK specials on American television recounted how a ... was much like the assassination of Yitzhak Rabin would for Israelis. 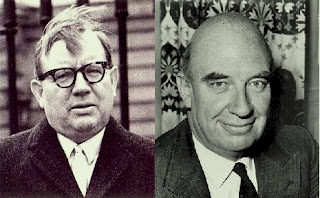 Maurice Oldfield (above left) was Britain's top spy in Washington at the time of the Kennedy assassination. 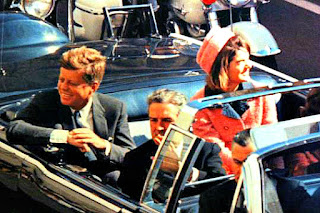 Lord Victor Rothschild "pressured to have Maurice Oldfield installed as intelligence boss, who in turn promoted other homosexuals."

"FOR KNOWLEDGE ITSELF IS POWER”.

Oldfield and his deputy Peter Hayman (above right), as well as a number of people involved in the Kennedy assassination, were interested in young boys.

Allegations of Homosexuality and JFK Assn - The Education Forum

Child abuse survivor Richard Kerr (above) met the MI6 boss Maurice Oldfield at theKincora children's home, which was used as a boy brothel.

According to "The Biggest Secret of World War II": during World war II, Maurice Oldfield was arrested with the King's brother, the Duke of Kent, who was boyfriend of Sir Anthony Blunt.

"Maurice Oldfield and the Duke of Kent ... (and Churchill) had links to Victor Rothschild." 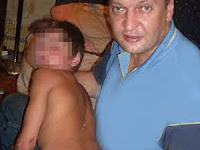 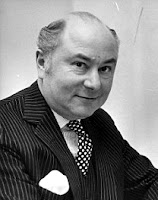 William van Straubenzee, linked to the Dublin Bombings and a child abuse ring.

Notorious paedophile 'gang could have covered up 17 child murders..

William van Straubenzee, the Member of parliament for Wokingham, has now been linked to the child abuse ring that was allegedly supplied by Sidney Cooke.

William van Straubenzi has been linked to the 27 killed by 'British bombs' in Dublin.

The files refer to the Kincora children's home in Northern Ireland where boys were abused. 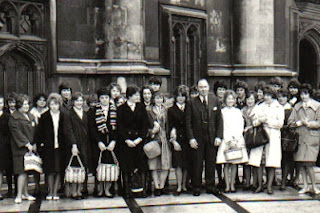 1961 School Trip to The Houses of Parliament with Wokingham MP William Van Straubenzee.

William van Straubenzee has connections to the Church, the Military, Northern Ireland, Kincora, Edward Heath, the Ministry of Education and Richmond Council, all of which have been linked to the UK child abuse scandal.

Princes William and Harry were said to be 'devastated' after a teenage friend, Henry van Straubenzee, died in a car crash.

Henry van Straubenzee was killed instantly when the car in which he was a passenger hit a tree outside the exclusive prep school, Ludgrove, where all three boys were once pupils.

One of the Van Straubenzees was involved in the Stripper shame of the princes. 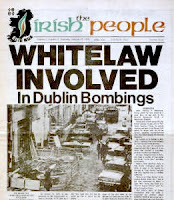 "A cover-up operation involving former British Ministers has been penetrated by SUNDAY WORLD during a detailed probe of the Dublin bombings.

"The men named in another Littlejohn type cover-up are Mr. William Whitelaw, former Secretary of State for Northern Ireland, and Mr. William Van Straubenzee, his Tory colleague, who was Minister for State for NI. in the Heath administration.

"Self-confessed mass murderer, Albert Walker Baker, has claimed he 'made a deal' with Mr. Van Straubenzee in Crumlin Road Jail in August, 1973.

"Later he signed documents agreeing to the 'deal' in the presence of Mr. Whitelaw - who was N.I. Secretary at that time.

"Baker was then on remand awaiting trial on charges of murdering four Catholics in Belfast."