Center for Research on Globalization-Nov 1, 2014
The opium was turned into heroin and shipped around the world, .... The chapter is titled "'And Now a Word from Our Sponsor - The CIA': The ...

"More than half of the heroin consumed in Europe currently comes from Afghanistan via ISIS." [6]

Reportedly, the CIA is no longer using NATO planes to transport its heroin.

All these mad Islamists are linked to the trade in weapons, child sex slaves and heroin.

And all these mad islamists are apparently working for the CIA and its friends. 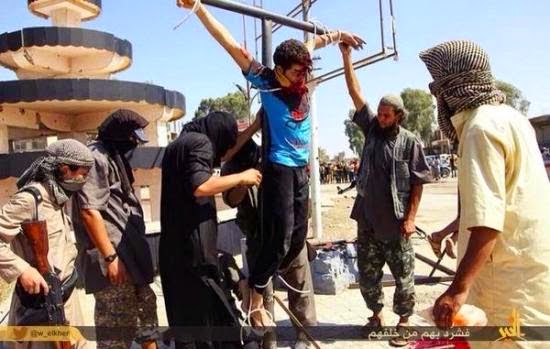 So, who controls the CIA and its sister organisations?

Alan Greenspan served as Chairman of the Federal Reserve (central bank) of the United States from 1987 to 2006.

When he worked on Wall Street, "he was known as a hack that always gave ... his clients what they wanted instead of something actual".[14]

Alan Greenspan attended Bohemian Grove one month before he was appointed chairman of the Federal Reserve.

Bohemian Grove is said to be a summer camp for top Satanists.

In the early 1950s, Alan Greenspan began an association with the novelist and philosopherAyn Rand.[44], also known as Alisa Rosenbaum.

Ayn rand said the individual should "exist for his own sake, neither sacrificing himself to others nor sacrificing others to himself."[98]

She supported Israel in the Arab-Israeli War of 1973, describing the Israelis as "civilized men fighting savages".[74]

Mother Jones remarked that "Rand's particular genius has always been her ability to turn upside down traditional hierarchies and recast the wealthy, the talented, and the powerful as the oppressed".[167]The Nation alleged similarities between Rand's ideas and fascism.[174] ........

The Satanist Anton LaVey has acknowledged that his brand of Satanism was "just Ayn Rand’s philosophy with ceremony and ritual added."The Fountainhead of Satanism | First Things

Anton LaVey was born in Chicago, allegedly to a Jewish family.

"LaVey's most famous associate was the US National Security Agency's General Michael Aquino.

"At the time of his membership in LaVey's group Aquino was an Army specialist in intelligence and psychological warfare."

According to the UN, world heroin production stands at 430-450 tons, of which only 340 tons actually reach the market, the rest being seized or destroyed [1].
Top heroin producing countries are: Afghanistan (at least 380 tonnes), Myanmar and Laos (at least 50 tonnes).
According to John F. Sopko, the US government’s special inspector general for Afghanistan, the reconstruction efforts undertaken by Afghanistan have collapsed in the face of the continued expansion of drug cultivation drugs and criminal organizations. Afghan farmers reportedly earned some $ 3 billion in 2013 [2].
Since 2010, the Russian authorities have consistently accused NATO of exporting Afghan heroin to Europe [3].
The switch from using drugs planes run by NATO to those controlled by the Islamic Emirate confirms the links between the two organizations. This came just after President Hamid Karzai left office, September 29, 2014 [4].
The Islamic Emirate uses a cocktails of drugs to condition its fighters according to protocols that appear to have been prescribed by the CIA [5].
According to the Russian Federal Drug Control Service (FSKN), more than half of the heroin consumed in Europe currently comes from Afghanistan via the Islamic State [6]

ISIS Supplying Half of all Afghan Heroin Entering Europe

Russia is making this claim and of course that means it is to be ridiculed.
But, knowing the history of drug running, CIA and the funding black ops I can't see how this can be dismissed or derided.
Bearing in mind that by all appearances ISIS seems to be NATO covert army.
The ability for it to move mass quantities of heroin from Afghanistan (occupied largely by the US under that giant NATO umbrella) to fund it's operations at an arms length seems in keeping with other sordid episodes in history of this type
Iran/Contra of course comes to mind. But that wouldn't be the only instance of drugs for covert ops.
First the latest and then I will relink some older posts from myself and AP @ Twelfth Bough

Russia’s Federal Drug Control Service (FSKN) has claimed that the Islamic State (IS) extremist group is obtaining a “fabulous” income by providing half of the supply of heroin from Afghanistan to Europe.

In comments widely reported in the Russian media on November 26, FSKN head Viktor Ivanov said that the “large-scale transit of Afghan heroin acts as a renewable financial base for the functioning of the Islamic State group, which obtains fabulous profits by providing half of the total heroin supply to Europe via destabilized Iraq and some African countries.”

Ivanov said that the foreign military presence in Afghanistan would lead to the growth of “antigovernment armed groups” in that country. The FSKN chief noted that the United States had “already announced that reducing the number of troops [in Afghanistan] has been delayed until 2015.”

“It is clear that without the elimination of large-scale drug production in Afghanistan, there is no point in talking about resolving conflicts in these countries,” Ivanov said.

In October, Spanish intelligence said that European cells of the Islamic State group and other extremist groups were using ties to the illegal drug trade to finance operations in Iraq and Syria.

Spanish intelligence sources said that extremists in the country also used knowledge of drug-smuggling routes to export arms and other contraband to Iraq and Syria from the European Union, "Newsweek" reported.

"Newsweek" cited Haras Rafiq of the antiradicalization think tank the Quilliam Foundation who said that illegal trade was in the “heritage” of Islamic State, which took over from Al-Qaeda in Iraq.

Terrorist groups including Al-Qaeda, the Taliban, and Al-Shabaab are known to have obtained funds from drug smuggling.

In May, the Australian warship "H.M.A.S. Darwin" seized over 400 kilograms of heroin from a smuggling vessel off the coast of Somalia. The drugs had an estimated street value of $132 million.The ship’s commander, Terry Morrison, said the haul “removed a major source of funding for terrorist and criminal networks including Al-Qaeda, the Taliban, and Al-Shabaab."

From AP's Post- heroin the star of the show