America 'One Of 45 Countries' Infected By Uber-Powerful Israeli ...

Forbes-Sep 18, 2018
The malware of concern, dubbed Pegasus, is the creation of NSO Group, an Israelicompany valued at close to $1 billion. It can hide on Apple ...

Some of the world’s most sophisticated Android and iPhone spyware has been found floating around America for the first time. It's one of as many as 45 countries in which NSO Group malware was uncovered. And together they may represent breaches of American and other nations' computer crime laws against cross-border hacking, not to mention a severe concern for citizens’ privacy, according to the researchers who uncovered the professional spy software.
The malware of concern, dubbed Pegasus, is the creation of NSO Group, an Israeli company valued at close to $1 billion. It can hide on Apple or Google devices, spying via the camera, listening in on conversations through the microphone, stealing documents and siphoning off once-private messages, amongst other surreptitious activities.
NSO has always protested that its tools are designed to be used to track the most heinous criminals, from terrorists to drug cartels. But the company has been caught up in spying scandals in Mexico and the United Arab Emirates. ................. 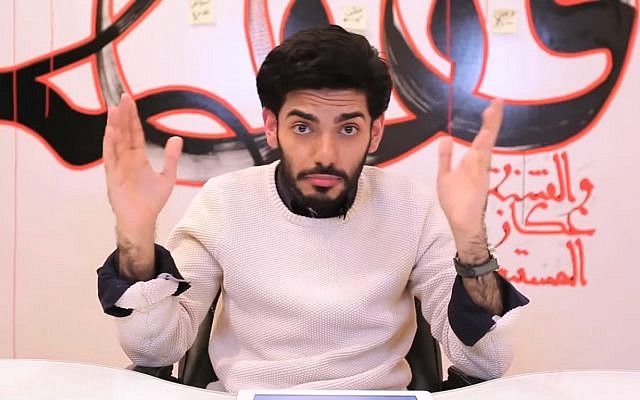 Quebec-based Saudi activist Omar Abdulaziz. (Screen capture: YouTube)
A Saudi dissident living in Canada was likely spied on by Israeli phone-hacking technology, according to a Monday report.
The Herzliya-based NSO Group uses its controversial Pegasus spyware program to turn smartphones into listening devices. It has been accused of selling the technology to countries, including Saudi Arabia, who use it to spy on dissdents

The Citizen Lab, a group of academics from Toronto University, said it has “high confidence” that the Israeli technology was used to spy on 27-year-old Omar Abdulaziz, an outspoken Saudi dissident who sought asylum in Canada.

The hacking came at the same time as an escalating spat between Canada and Saudi Arabia after Ottawa criticized Riyadh’s human rights record. In response Saudi Arabia expelled Canada’s ambassador.


According to Citizen Lab, Abdulaziz, a frequent critic of Saudi Arabia human rights abuses who fled to Canada and now studies in Quebec, had his phone infected after clicking on a link masquerading as a tracker for a package he ordered, but was actually a Pegasus exploit link.
“Pegasus would have allowed the operators to copy Abdulaziz’s contacts, private family photos, text messages, and live voice calls from popular mobile messaging apps. The operators could have even activated his phone’s camera and microphone to capture activity, such as conversations, taking place in his home,” the group said in its report.
Pegasus infects individuals by sending them text messages tempting them to click an attached link.
When an unwitting target clicks the link, Pegasus is downloaded onto the device and infects it. The software can track calls and contacts, collect passwords, read text messages and emails, record calls, and trace the whereabouts of the user.
The NSO Group has insisted in the past that it sells its software to clients on the condition that it be used only against crime and terrorism, and has shirked responsibility in cases where it was allegedly used for civil rights abuses.
The identification of Abdulaziz came after Citizen Lab said it had identified 45 countries where individuals were targeted by the Pegasus spyware by at least 33 suspected NSO customers.
It also noted a “significant expansion of Pegasus usage” in Gulf states, including UAE, Bahrain, and Saudi Arabia...................