Oprah and the gay Ricky Martin.Oprah Winfrey, a billionaire, was born into poverty in rural Mississippi to a teenage single mother.Oprah has stated that she was molested during her childhood and early teens and became pregnant at 14.

"Barbara Winfrey insinuated that Oprah's relationship with her public partner, Stedman Graham, was something of a front. 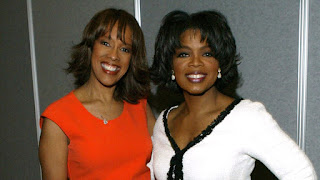 Oprah is a friend of the Chabad organisation. 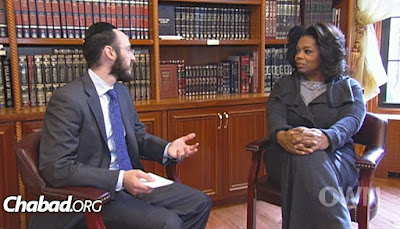 "Oprah Winfrey used her TV program to market the Iraq war. "Winfrey ran video clips in a sound-bite manner by 'experts' as a 'moral' obligation to rid the world of Saddam Hussein."