According to Digiconomist the estimated power use of the bitcoin network, which is responsible for verifying transactions made with the cryptocurrency, is 30.14TWh a year, which exceeds that of 19 other European countries. At a continual power drain of 3.4GW, it means the network consumes five times more electricity than is produced by the largest wind farm in Europe, the London Array in the outer Thames Estuary, at 630MW.

At those levels of electricity consumption, each individual bitcoin transaction uses almost 300KWh of electricity – enough to boil around 36,000 kettles full of water. Although power consumption of other payment networks is harder to isolate, one of Visa’s two US data centres reportedly runs on about 2% of the power required by bitcoin. Between them, those two data centres conduct around 200m transactions a day; the bitcoin network handles fewer than 350,000.

The astronomical power draw is a facet of how the bitcoin network protects itself against fraud. With no centralised authority confirming transactions, bitcoin is instead backed by “miners”, who put specialised computers to work churning through extremely power-intensive computing problems. Solving those problems both rewards the miner, handing them almost a quarter of a million dollars in bitcoin, and verifies all transactions made in the last 10 minutes.

As the price of bitcoin goes up, so does the value of the reward, meaning that more miners put more computers to the task of running the network. But since the price of bitcoin doesn’t necessarily rise in step with the number of transactions, that disconnect can mean the currency uses a significant amount of power per transaction in periods of high prices.

The value of one bitcoin neared $10,000 on 27 November, as the currency continued to grow in its third significant boom in its history. Previous periods of sustained growth, in 2013 and 2014, each ended with substantial busts, leading commentators to label them, in hindsight, as speculative bubbles. 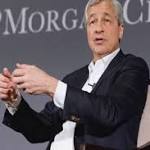 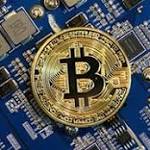 The Guardian 9h ago


Most Referenced Power Compare 1h ago