I have nothing good to say about Prince corrupt decadent Saudi prince and billionaire Prince Alwaleed bin Talal.In fact he aided and abetted the lie that Saudi OSAMA BIN LADEN did pull off 9/11 all by himself conveniently forgetting bin Laden was a pro Israel U.S. and CIA agent in Afghanistan in the 1980's fighting the 'godless' Russiand commies for them all. However he is still a danger to them all because HE APPARENTLY KNOWS TOO MUCH.

Trump says he has 'great confidence' in Saudi Arabia after purge

The Globe and Mail-6 nov. 2017
U.S. President Donald Trump (R) meets with Mohammed bin Salman, Deputy Crown Prince and Minister of Defense of the Kingdom of Saudi Arabia, in the ... Alwaleed bin Talal, who is one of the kingdom's most prominent businessmen and whose investments in companies like Twitter make him the most .

U.S. President Donald Trump on Monday endorsed a move by Saudi Arabia's future king that tightened his grip on power through the arrests of royals, ministers and investors in an anti-corruption purge.
The endorsement cemented a U.S.-Saudi relationship that has improved dramatically under Trump's presidency, partly because of both leaders' vision of confronting Riyadh's arch-rival Iran more aggressively in the region.
Trump tweeted on Monday that he had "great confidence in King Salman and the Crown Prince of Saudi Arabia" following the mass arrests - the biggest such purge of the kingdom's affluent elite in its modern history.
Trump also tweeted that "they know exactly what they are doing," adding: "Some of those they are harshly treating have been 'milking' their country for years.".......

Trump's son-in-law, Jared Kushner, the president's senior adviser, who has cultivated a close relationship with MbS, recently returned from Saudi Arabia, fuelling speculation on whether he may have had wind of MbS' plans.
The White House said at the time the trip was reported that it was within the context of Kushner's efforts on Israeli-Palestinian peace conversations.


Saudi Billionaire Busted for Corruption Helped Obama Get Into ...


4 nov. 2017 - Mayor Rudy Giuliani rejected the Saudi billionaire's $10 million offer to help NYC after9/11. Bin Talal blamed Israel for the attack. The New York Times has reported that billionaire investorPrince Alwaleed bin Talal was arrested on Saturday night along with at least 10 other princes, four ministers and ten ...

https://www.haaretz.com › Middle East News
5 nov. 2017 - Trump, who once sold a yacht to Prince Alwaleed bin Talal in 1991 and part of New York's Plaza Hotel to him in 1995, called him 'dopey' and claimed he wanted to 'control our U.S. politicians with daddy's money' ... Opinion Is Saudi Arabia pushing Israel into war with Hezbollah and Iran?

RIYADH – In a sensational set of revelations put forth by leading British media outlet Daily Mail, it has been disclosed that American mercenaries were torturing the detained Saudi princes including the billionaire Prince Alwaleed bin Talal.


Quoting a source in the country, the report said that Blackwater officials were involved in meting out severe treatment to the Saudi royals, an indication of which was hanging Waleed bin Talal upside down..............

Traducir esta página
15 jun. 2015 - 20 publicaciones - ‎9 autores
source · original source. I had posted this in another 911 thread but felt it deserves it's own discussion so not to derail the other. Why on earth would Zacharias Moussaoui have a need for BlackwaterTraining Center phone number? Down the rabbit hole once more. edit on 15-6-2015 by Rosinitiate because: ...

The 20th 9/11 Hijacker Had Blackwater's Number In His Notebook

Traducir esta página
30 may. 2015 - It's the Mossad the Mossad is really Blackwater. The Mossad conspiracy theories are the best fun. The evil Mossad did 911 and want a war with Iraq and Iran and now the Mossad is ISIS. The Mossad wants global domination and they were jealous yet attracted to being Blackwater. PlusBlackwater pays ...

Traducir esta página
21 ago. 2009 - Blackwater's work for the CIA was the result of meetings in the immediate aftermath of9/11 between Prince and Alvin "Buzzy" Krongard, then-executive director of the CIA, the agency's number-three man. Krongard and Prince, according to a former Blackwater executive interviewed by The Nation, "were ...

In Blackwater Case, Court Rejects a Murder Conviction and Voids 3 ...

https://www.nytimes.com/.../blackwater-contractors-iraq-sentences... - Traducir esta página
4 ago. 2017 - Prosecutors had successfully argued that he touched off the killings with a precision shot through the head of a driver of a stopped white Kia as the Blackwater convoy moved through the traffic circle. The Justice Department said Mr. Slatten hated Iraqis and opened fire as part of “payback for9/11.” ... 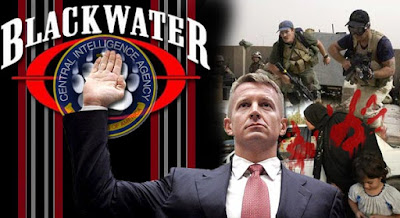 Mercenaries from the American firm Blackwater (aka Academi) are carrying out thetorture of the Saudi princes and billionaires who were recently arrested, according to sources.

The arrests in Saudi Arabia came immediately after Jared Kushner and Trump officials made a secret visit to Saudi Arabia. 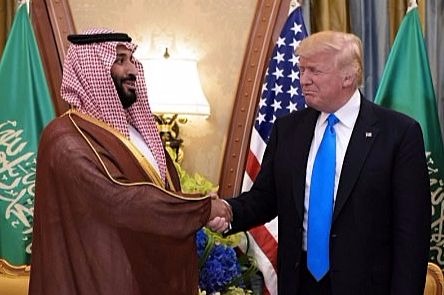 Trump tweeted his support for the arrests.

The sources blaming Blackwater include the Lebanese president.

Saad Hariri, Lebanon's prime minister, was said to have been held in Saudi Arabia by 'Blackwater' guards. 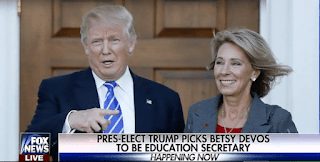 Detained members of Saudi elite have been hung by their feet and beaten by interrogates, sources say.

Among those hung upside down are Prince Alwaleed bin Talal, an investor worth at least $7 billion. 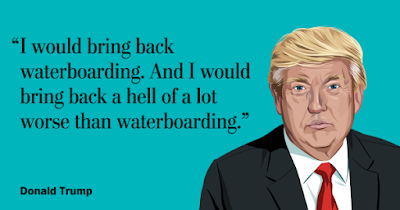 The crown prince, according to sources, has 'stolen' more than $194 billion from the bank accounts and seized assets of those arrested.

Anonymous23 November 2017 at 05:02
Thank you for confirming what I've been posting on FB since September 2011 and lately June 2015 under ASTRO ORBIT - ARAMCO's satellite system. After Trump's visit sensitive satellite technology was opened to the Saudis. Not sure how you would access this link except via FB - from 9:00 on they say the shakedown in Saudi Kingdom is in part an attempt to hide the trail for 9/11 leading back to not only them but their mates. David from Abel Danger. https://www.facebook.com/jason.goodman.3d/videos/10155922700628566/?hc_location=ufi
Posted by Tony Ryals at 8:04 AM