THEY'RE ALL GAY; MOSSAD'S MAD MUSLIMS 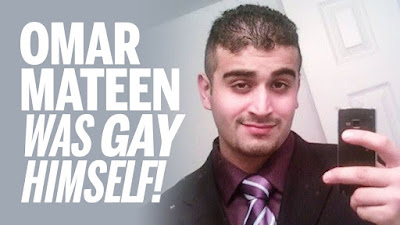 Omar Mateen allegedly carried out the mass shooting at the Pulse gay nightclub in Orlando, Florida, in June 2016.

Mateen was gay, and is believed to have been a tool of the security services.

Mateen worked for security firm G4S Secure Solutions in Jupiter, Florida, from 2007 until his death.

A male friend of his from 2006, when the two were in police academy together, said that Mateen went to gay clubs with him and that Mateen once expressed an interest in dating him.

I think  even more significant are Mateen's father and his own CIA and propaganda for Zionist controlled U.S. government connections.His father was even being groomed as an Afghanistan presidential candidate using American taxpayer money to promote him through Voice of America.....

Jun 15, 2016 - The father of the man who slaughtered 50 people in the Orlando nightclub shooting Saturday night is a longtime CIA asset, whose TV show receives funding from the Voice of America -Dari. Pictured below is Seddique Mateen with California Republican Congressman Dana Rohrabacher. Seddique-Mateen ..Afghanistan's prospective “Revolutionary President” Seddique Mateen here with Republican Congressman and warhawk Ed Royce who happens to be Chairman of the Committee on ... Rohrabacher's decades-long involvement in “all things Afghan” eventually earned him the nickname “Gunga Dana.

There are also rumors, though they are unconfirmed, that Seddique Mateen has also met with President Obama. His activity at the ... Patrick Henningsen at 21st Century Wire identified him as a CIA asset in Afghanistan: ... Pictured below is Seddique Mateen with California Republican Congressman Dana Rohrabacher.
Posted by Tony Ryals at 10:56 AM