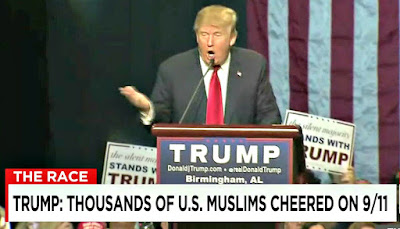 David Israel has explained the 2016 US Presidential election.

In 2000, things may have looked peaceful.

But people should not have had 'romantic delusions'.

People had 'to retool for crueller, bloodier times'. 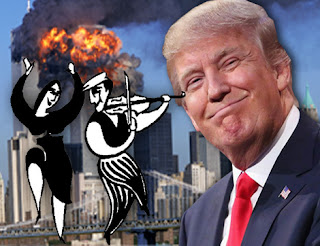 2. On 9 11, 2001, there was 'the unprovoked onslaught of blood thirsty Muslims on one of the cultural jewels of Western society.'

Only on 11 9, 2016, with the election of Donald Trump, 'did the West finally get the message, realizing there were dangerous beasts out there that needed to be put down'.

The Trump supporters, 'seeing that the traditional political leadership was not prepared to carry out the mission, picked a leader'.

In the above analysis, David Israel is giving the game away.

The Zionists put Trump into power.
We point out the following:

1. In 1914, an international cabal manipulated public opinion in order to start a war.

One of the aims of the cabal was the break up of the Turkish empire and the removal of Palestine from that empire.

2. 9 11 was planned by some of the people who are now supporting Trump.

3. 11 9 allows TRUMP'S RICH AND INTELLIGENT SUPPORTERS to promote Israel and its wars. 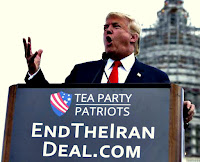 Some very powerful people are supporting Trump, including: