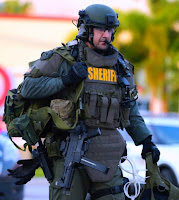 Omar Mateen entered the club around 02:00am.

Judge Andrew Napolitano has told FOX News that no one died until 05:13am when the police SWAT teams entered the building.

The first shots were fired at 5.14am and the suspect was killed one minute later at 5.15am.

It would appear that the 'SWAT' teams did the killings? 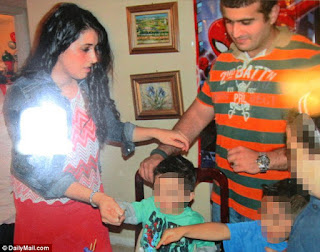 In a 15 June 2016 interview, in the Vero Beach Press Journal, Sheriff Ken Mascara of Florida's St. Lucie County said that the FBI sent an informant to "lure Omar Mateen into some kind of act."

FBI Tried to Lure Orlando Shooter into a Terror Plot in 2013 / The FBI Tried To Lure Mateen...

Virtually everything in the media about Noor Zahi Salman, Omar Mateen's wife, is from anonymous government sources.

Noor Zahi Salman says that everything you're hearing about me is a lie. 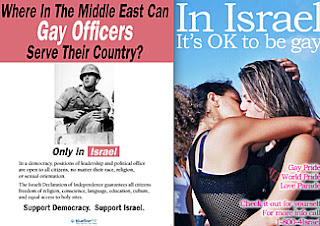 There is a right-wing/Israeli plot to present both Israel, and a Trump-led America, as being safe homes for gay people.

'Pinkwashing' and Israel's Use of Gays

"Trump's talking points .... were first honed by the Israeli government...

"Popularly known as pinkwashing, the Israeli propaganda tactic aims to recast an ... apartheid state as a gay-friendly bastion that all principled liberals must support." 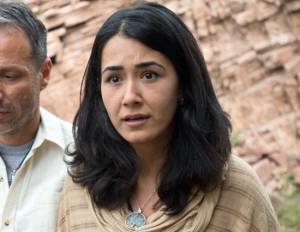 The ex-wife of Omar Mateen, Sitora Yusufiy, says that the FBI told her to keep quiet about Omar's homosexuality.

Some friends of Noor Zahi Salman are suggesting that Omar Mateen was about to be outed as gay - and went nuts.

This could have broader implications since "Israel surveils and blackmails gay Palestinians to make them informants."

Orlando Shooter's Wife: The FBI Told Me Not to Tell the Media He Was Gay

The CIA has connections to the families of Omar Mateen (Orlando) and the Tsarnaev brothers (Boston).

CIA connections with the families of Omar Mateen and the Tsarnayev brothers.

On 12 June 2016, James Wesley Howell was reportedly found with weapons and explosives before the Los Angeles gay pride parade.

Howell reportedly told the Santa Monica police that as many as five people, including Omar Mateen, were involved in planned CIA attacks on gay communities in both Florida and California.

"The real truth of the story was released to a former Los Angeles County prosecutor by two Santa Monica police officers who have been issued with gag orders.

"Howell called the Santa Monica police claiming that he needed protection from the CIA.

"Howell said he 'had been set up by the CIA - they are going to kill me.'"

Howell and Four Other Suspects Involved in Planned Sunday Massacres.

(Of course, this could be Mossad disinformation?) 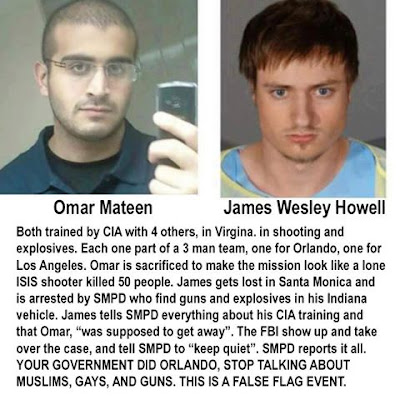 "Howell stated, 'Omar was not suppose to be killed. They lied to us - Omar and Brandy were suppose to get away... We trained together at a camp in Virginia ... something went wrong…

"Howell determined he had been double crossed by the CIA and feared for his own life.

"Howell was taken in to custody by the FBI before Santa Monica police officers could further question him..."

Journalist Daniel Hopsicker writes that the father of Omar Mateen is a longtime CIA asset, whose TV show receives funding from the CIA's Voice of America.

The Orlando shooter Omar Mateen worked for G4S.G4S helps Israel run security and prisons in Israel.In March 2016, G4S promised to cease operations in Israel by the end of 2017 .

G4S had been threatened by Israel.

On 22 May 2016, Gilad Erdan, Israeli Minister of Internal Security, threatened G4S for its decision to quit Israel by stating that G4S "will pay the price".

The share price of G4S has fallen sharply since the Orlando shooting.

Continued here: G4S had been threatened by Israel.

The Orlando attack occurred around 2:00 AM eastern US time on Sunday, June 12.

Many thanks to Anonymous, Moria Blackie, and others for the links. 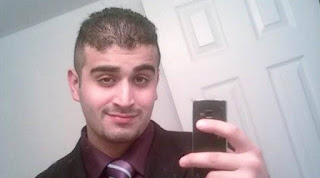 The 'Orlando shooter' was gay; and was apparently being controlled by the FBI.

The Orlando gunman had used a gay dating app and had visited the LGBT nightclub on other occasions, witnesses say

At least four regular customers of Pulse, the gay nightclub, told the Orlando Sentinel that they had seen Mateen there before.

The CIA has a history of using gay people as patsies. 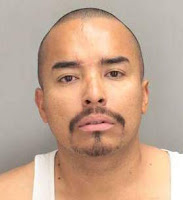 The FBI introduced the 'Orlando shooter' Omar Mateen to FBI assets, who may have been posing as terrorists.
Land Destroyer
"The FBI spied on the Orlando 'terrorist' Omar Mateen for 10 months in 2013, according to FBI Director James Comey."
In recent times the FBI in Miami tried to get James Gonzalo Medina, a homeless man with mental problems, to become a terrorist.
The FBI has been involved in many other attempts to train unstable people to carry out acts of terrorism.
More at Land Destroyer 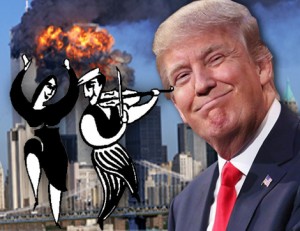 At Counter Currents we read:

"Waking up to news of the Orlando shooting, I thought of the possibility that a Muslim shooter would be identified, in which case a Trump presidency would be nearly guaranteed...

"Obama is a perfect servant of our military banking complex.

"Now, Trump is being trumpeted as another political outsider.

"A Trump presidency will temporarily appease restless, lower class whites, while serving as a magnet for liberal anger.

"This will buy our ruling class time as they continue to wage war abroad while impoverishing Americans back home.

"Like Obama, Trump won't fulfill any of his election promises, and this, too, will be blamed on bipartisan politics." 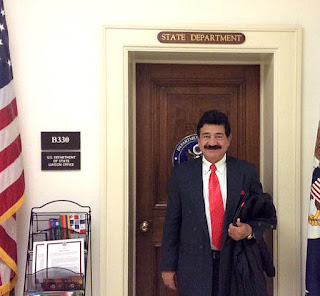 Seddique Mateen, the father of the 'Orlando shooter', recently met with important people at the State Department and Congress, according to the Independent Journal.

He posted recent pictures of himself on Facebook at the State Department and Democratic Foreign Services Committee offices.

Royce is the Chairman of the United States House Committee on Foreign Affairs. 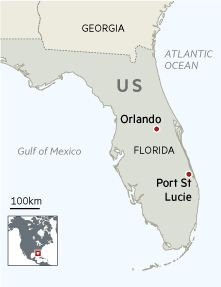 Trisha Adorno, one of Omar's neighbours, said she had never seen anything untoward.

"He was sweet. He was super sweet," she said.

At the city's gay bar, Tattle Tails, Daddy Jim recalled that some of the 9/11 attackers had lived further down the Florida coast.

Javer Antonetti, 53, was near the back of the gay club in Orlando.
He says: "There were so many, at least 40 shots. I saw two guys and it was constant, like 'pow, pow, pow'."

There was More than One Shooter at Pulse in Orlando. 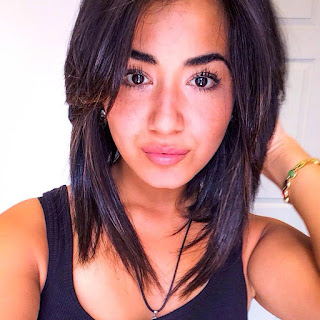 Sitora Yusufiy, who was married briefly to Omar Mateen, the 'Orlando shooter'. 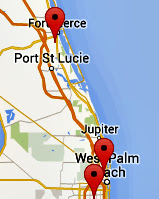 The company's employees have been accused of sexually abusing young boys in the centres where they work.

A male guard was arrested in 2014 on charges that he sexually assaulted two teenage boys, ages 15 and 17. 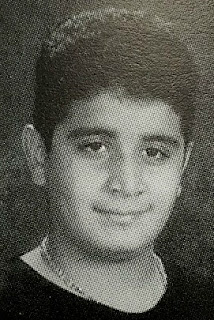 A few years ago, "Omar Mateen regularly picked up lunch from a drag queen at a restaurant called Ruby Tuesday.

"He may have even gone to see a drag show or two, a former high school classmate Samuel King told The Daily Beast.

Omar Mateen was investigated TWICE by the FBI.


"Virtually every high-profile 'terrorist attack' carried out in North America and Europe in recent years has been done so by suspects long under investigation by US, Canadian, and European law enforcement and intelligence agencies...

The Intercept reported: Another 'terror' arrest; another mentally ill man, armed by the FBI.

"U.S. law enforcement officials announced another terror arrest ... after arming a mentally ill man and then charging him with having guns."

"This event was purely a staged psyop and one classic sign of the faux nature of the attack lies in the striking absence of emergency medical responders at the scene...

"According to CNN an off duty police officer was working security at the Pulse nightclub and quote 'engaged the shooter as he entered the club' but despite this the killer was still able to walk inside." 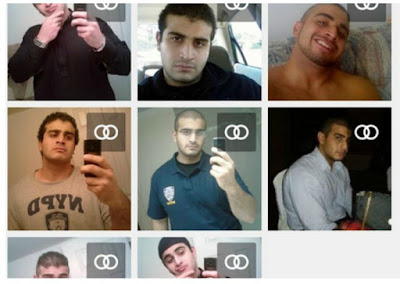 The suspect is Omar Mateen.

"He was violent and mentally unstable

"He wasn't very religious and worked out at the gym often.

"She said in the few months they were married he gave no signs of having fallen under the sway of radical Islam.

"She said he owned a small-caliber handgun and worked as a guard at a nearby facility for juvenile delinquents." 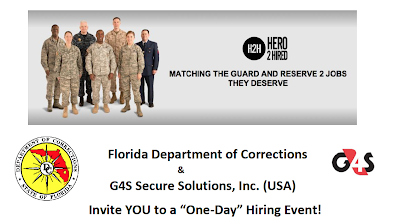 G4S, like ISIS, is alleged to have links to the CIA and to child abuse.
Posted by Tony Ryals at 10:16 PM